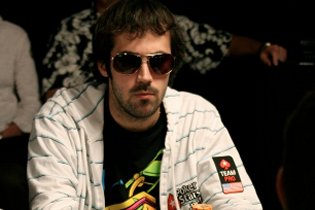 After a hectic first six weeks of 2012, the Global Poker Index has seen a change in the lead while introducing a new ranking system that will crown a GPI Player of the Year.

On the overall GPI, which ranks the top 300 tournament poker players, Jason Mercier has been able to overtake former leader Erik Seidel for the honor of top player in the tournament poker world. Part of the reason for this is that some of Seidel’s best performances from 2011 – including his win in the Super High Roller at the Aussie Millions, a third place finish in the Aussie Millions High Roller and two deep runs in tournaments at the PokerStars Caribbean Adventure – have lapsed into a lesser grading period.

Mercier, for his part, has been able to add a new score for 2012, a third place finish in the $5000 Eight Handed No Limit Hold’em at the PCA, to kick his score up a notch. Seidel was not only passed by Mercier but by Bertrand “ElkY” Grospellier, even though “ElkY” has yet to score a cash in 2012.

The remainder of the Top Ten is the same, save for the tenth place position. Because he experienced the same aging of past success that Seidel did, the United Kingdom’s Sam Trickett has dropped out of the Top Ten. Retaking that position is Canada’s Matt Marafioti, who picked up a twelfth place finish in the $25,000 High Roller at the PCA and has been off and on the GPI Top Ten through much of the end of 2011.

As of this week, the GPI Top Ten looks as such:

With the start of a new calendar year, the GPI has jumped into the middle of the debate about who is the best poker player over a given calendar year. Introducing their new Player of the Year ranking system, the GPI is looking to add their two cents to the perennial argument over who is the best player for a tournament poker season. The GPI has set some extremely strict criteria on their POY ranking, something potentially not seen in other rankings.

A player can only earn POY points in tournaments that have a buy in of over $1500. Furthermore, a player’s top six cashes before June 30, added with their top five cashes between July 1 and December 31, will be the only ones that count towards the GPI POY. Once a player enters into the rankings, their point total will not go down; depending on whether worse finishes are replaced, the player’s points can only go up.

The first ranking for the GPI POY race was released this week and, while it may not surprise avid tournament poker fans, 2010 World Series of Poker Championship Event victor Jonathan Duhamel has assumed the lead after the first six weeks of 2012. His outstanding run at the 2012 PCA – where Jonathan made four final tables (including a win) and earned over $1.2 million – puts the former World Champion with a point total of 465.56, vastly ahead of his pursuers.

Lagging behind the leader is Jason Koon, who has been able to put together three cashes in the first six weeks of 2012, and Ruben Visser, who made the final tables of both the PCA and EPT Deauville Main Events. The remainder of the GPI POY Top Ten looks like this:

Over the next six weeks, a host of tournaments should make some adjustments to both the general GPI and its POY race. The World Poker Tour’s L. A. Poker Classic, the European Poker Tour’s stop in Copenhagen, Denmark, a World Series of Poker Circuit event in Palm Beach, Florida and the Wynn Poker Classic are just a few of the major events that will conclude by the beginning of next month. Once those results come in, there could be several changes to both rankings come the middle of March.