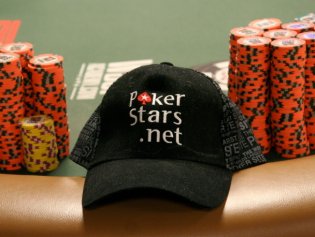 The poker world is still buzzing with a mix of excitement, anxiousness, amazement, and dread since the news of the sale of PokerStars to Amaya Gaming broke Thursday night. Speculation as to what this could mean to the world’s largest online poker room and the industry as a whole has been rampant, with questions about PokerStars’ future in North America at or near the top of peoples’ lists. Late Friday, PokerStars Director of Poker Room Operations Steve Day made a public statement on the Two Plus Two forums to address concerns.

One particular worry from players is that PokerStars could exit the Canadian market once the deal is finalized, as Amaya Gaming is headquartered in Canada and in the past, Canada-based online gaming companies that were not government-owned have encountered legal problems. Day assured everyone that all will be well, saying, “The short version is that there will be no significant impact on the player experience. We still plan to serve all current markets, including Canada, and to work to grow the game of poker globally.”

He then brought up the possibility of re-entering the United States market. The part of the sale that has Americans giddy is that PokerStars had previously been unable to obtain an internet gaming license in the U.S. largely because of its legal history in the country, specifically that co-founders Mark and Isai Scheinberg were named in the Black Friday indictments. But now that PokerStars is owned by Amaya, a company which is actually licensed in New Jersey, the thought is that regulators will now look more favorably upon the poker room and open the country’s virtual gates.

“We are also excited about the potential to be licensed in New Jersey and then begin serving players there quickly thereafter. I do not have a timeline to share, but can say that we believe that this purchase has a significant positive impact,” Day said.

As to a potential drop-off in customer service quality now that the old ownership is gone, Day said not to worry:

Will you see changes in your customer experience over time? Yes, of course! We have several projects already in progress and others that we are already in the process of completing, such as PokerStars 7. The people and values behind these two projects will also be behind our next improvements. A big part of our success over the years has been constant improvement of our product, and we plan to continue this tradition.

Finally, in Amaya’s conference call Friday morning, there was a slide in the presentation that indicated the company has future plans, related to this purchase, to expand its online casino, sportsbook, and social gaming offerings. This concerned many players, as PokerStars is not only the last remaining pure poker room of any significance, but also the one that is considered the best at actually running a poker room. Adding other gambling options feels to money like a money grab, something that could not possibly help poker players. Addressing that, Day wrote:

I do see some references here to casino and sportsbook. I can see why certain slides in the Amaya presentation linked earlier in the thread raise questions about our future plans relating to these products. Full Tilt has recently rolled out a wide variety of casino games, so it is not surprising to see such products referenced as areas of potential growth compared to the 2013 financial results.