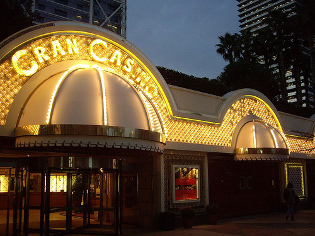 The first Main Event of the European Poker Tour’s (EPT) Season 11 is in the home stretch. Day 4 of the EPT Barcelona Main Event is in the books and just 25 players remain of the 102 that began Monday’s action. It is an extremely tight race for the number one spot with Bram Haenraets just inches ahead of Piotr Sowinski, 4,395,000 to 4,355,000 chips.

As is usually the case in a large tournament, there is some good fortune required to win the whole thing. We don’t know if he used his “one time,” but Haenraets was definitely smiled upon by the poker gods at one point on Monday. According to the PokerNews report, Haenraets bet 75,000 after the flop came down J-T-4 and Nicholas Rampone called. When a 3 was dealt on the turn, Haenraets slowed down, checking to Rampone, who bet 400,000. After much thought, Haenraets finally decided to go for it and committed all of his chips. Rampone called and revealed J-T for top two pair. Haenraets was in trouble, showing K-J for just one pair. The river card, though, was a King, giving Haenraets a better two pair and allowing him to double-up to 3,382,000. Rampone himself is still alive, but barely, going into Day 5 as the shortest stack remaining in the event.

By the time Day 5 ends Tuesday night, the eight-handed final table will be established. It will be a slow build in the payouts as players get knocked out; it is only at the final table that the first six-figure payout will be hit (not that five-figures is anything to sneeze at). The payouts will start escalating quickly tomorrow, though. The jumps from eighth to seventh and seventh to sixth are about €50,000 each and it only gets steeper from there. The winner of the event will receive €1,261,000.