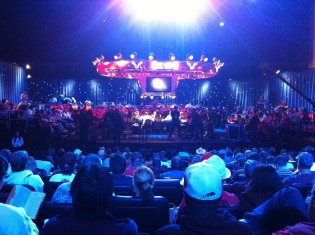 Mark Newhouse accomplished what many in the poker world consider the greatest poker accomplishment of all time: he made back-to-back World Series of Poker (WSOP) Main Event final tables in fields with over 6,000 players. Dan Harrington did it ten years ago, but the fields were much smaller (though not tiny) back then. And Johnny Chan actually won consecutive Main Events about two and a half decades ago, but again, the fields were nowhere near as large as they are now.

Last year, Newhouse finished ninth. This year, his goal upon making the November Nine was simple: do not come in ninth again. After nearly four hours of play, Newhouse’s nightmare became a reality. He was the first one knocked out at the final table.

Some might wonder how someone could be crushed after making the WSOP Main Event final table and winning $730,725. Keep in mind, though, that not only did Newhouse do this last year, so some of that “just happy to be here” attitude had worn off, but he and the other nine players had been waiting four months to reach this day after the tenth place finisher was eliminated in July. They were already guaranteed the ninth place money, so their goal now, aside from possibly winning the whole thing, was to at least win more money. Getting knocked out in ninth was essentially waiting four months, preparing, being nervous, making big plans, and everything else for absolutely nothing.

It was the 56th hand of the final table and approximately nothing had happened, aside from a big bluff by chip leader Jorryt van Hoof at the end of the night’s first level. Newhouse went into the hand in fifth place with about 22 million chips. Van Hoof raised pre-flop to 1.1 million and Newhouse called with pocket Tens. New Jersey’s Will Tonking, who was one spot ahead of Newhouse with about 24 million, three-bet to 3.75 million with pocket Queens. Van Hoof got out of the way and Newhouse called. The flop was 2-4-J and Tonking bet 3.5 million. Newhouse called again, bringing on another 4 on the turn. Tonking checked this time and called a 4.5 million chip bet from Newhouse. The river brought out another Jack, a card that ESPN analysts Lon McEachern and Antonio Esfandiari agreed was bad for Tonking, as based on the way Newhouse was betting, it looked like he might have a Jack. Tonking decided to check, prompting Newhouse to wow the crowd by moving all-in for 10.2 million. Tonking asked for a count and thought about it for a short time before making the call. When Newhouse revealed his semi-bluff, Tonking emphatically showed his winning hand. Newhouse made his handshakes and immediately left the stage.

That hand, which would have crippled Tonking, rocketed him into the chip lead with 48.45 million chips, just a few million ahead of van Hoof.

Newhouse did take a moment for a post-game interview with ESPN’s Kara Scott, to whom he said Tonking made a good call. He said that Tonking was “about where I thought he was,” meaning he was fairly certain Tonking had the better hand. Newhouse took a calculated risk that his all-in would scare Tonking away and it simply didn’t work out.

ESPN’s cameras caught Tonking telling a friend, “I was going to snap if it wasn’t the Main Event.” He wasn’t going to snap in that he was going to go crazy, but rather he meant that if it wasn’t such a huge tournament with so much at stake, he would have called instantly. That said, he didn’t take all that long to think about it, either.

It is now just a little after midnight ET and there are still eight players remaining (of course, the telecast is on a 30 minute delay, so there may have been another elimination). Play will stop when there are just two players remaining. At this pace, with the players being quite cautious overall, it looks like this will be going on when the sun comes up on the east coast of the U.S. and perhaps even in Las Vegas.