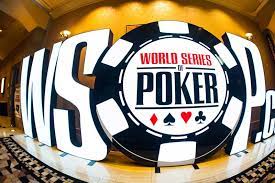 The 2021 World Series of Poker already has had its fair share of exciting moments for the history books. The last couple of days has been a notable example of this as Adam Friedman pulled off an act that nobody has ever done in WSOP history. Alongside that, Michael Addamo continues on what has been an excellent hot streak to win his third WSOP bracelet and third million-dollar plus payday in the last month.

Dealer’s Choice at the WSOP is not what the guy in the white shirt wants to play. In the WSOP version of the game, whoever holds the dealer button gets to choose from a variety of 21 games for a round of action. Next player that gets the dealer button gets to make their choice, and so on. Thus, it makes for one of the most difficult forms of poker around because you never know what discipline of poker you will be tasked with.

This has not fazed Adam Friedman in the past. He won the same $10,000 event in 2019, repeating as the champion from the 2018 version. But the 92 other players who took the starting block against him were primed to take Friedman down. On the final day of action, eleven players were a part of the festivities and Friedman held court over them all, with only Jake Schwartz in the million-chip club alongside him.

There were other challenges around the felt. One table was a particular Murderer’s Row of talent, with Daniel Negreanu, Matt Glantz, Mike Matusow and 2021 WSOP bracelet winner Phil Hellmuth all holding down a seat. Toss in Schwartz, Mike Gorodinsky, Joao Vieira and Carol Fuchs, and Friedman had problems of his own on his side of the floor.

Matusow was the first to go in a rather brutal three hand stretch of Deuce to Seven Triple Draw that saw his chips spread to Schwartz, Friedman and Hellmuth. That saw Fuchs ladder up to fourth place, with Friedman getting her chips in Deuce to Seven. Down to three handed Hellmuth, Schwartz and Friedman were all tightly bunched, and each man would hold the lead over the next couple of hours.

Hellmuth would take over the lead by knocking out Schwartz. In a hand of Badeucey, Hellmuth defeated Schwartz with a ten-low against Schwartz’s Jack-low. This was a rematch of the Deuce to Seven Single Draw event from a few days earlier in which Hellmuth bested Schwartz to capture his 16th bracelet.

The hand pushed Hellmuth up to 3.5 million chips and he seemed to be primed for capturing his second bracelet of 2021 and his 17th bracelet overall. Instead, Friedman went on a run in Pot Limit Omaha and No Limit Hold’em to seize the lead from Hellmuth. In Badugi, Friedman would complete what had previously been thought to be impossible, getting Hellmuth all in and showing down a 9-6-5-2. Hellmuth made no wild protests this time around, instead quietly mucking his cards, as Adam Friedman made history with his third consecutive victory in the same tournament.

Friedman’s feat of three consecutive victories in the same event at the WSOP is unprecedented. Because of the difficulty of the mixed game event – and not knowing what games will be played – makes the Dealer’s Choice Event one of the most difficult formats in poker. Only Michael Mizrachi’s three $50,000 Poker Player Championship victories might challenge Friedman’s outstanding achievement.

To say Michael Addamo has been on a run of late would be the understatement of 2021. On Thursday night, Addamo won his third million-dollar payday in the past month in taking down Event #38, the $50,000 High Roller, and earned his third WSOP bracelet as a sweetener.

Addamo came to the final table with a massive chip lead and the crème of the “high roller” community gunning for him. One by one, however, they fell to the wayside. Addamo himself would be responsible for knocking off Chris Hunichen, Erik Seidel, and Gal Yifrach in fifth through third places, respectively, to go to heads up against Justin Bonomo with the stacks remarkably close.

The duo would not waste much time in deciding a champion. In less than an hour, Addamo was able to seal the deal by getting Bonomo to commit his chips with a 10-9 against Addamo’s K-J. The Q-J-10 flop brough some excitement, with straight draws for everyone and Addamo’s pair of Jacks leading Bonomo’s pair of tens. That excitement intensified as Bonomo found another ten on the turn, seizing the lead in the hand and giving Bonomo visions of earning his fourth WSOP bracelet. Instead, the “poker gods” cruelly laid an Ace on the river to improve Addamo to a Broadway straight, the win in the hand and the victory in the tournament.

At the 2021 Poker Masters in September, Addamo won the last two events, the $50,000 No Limit Hold’em preliminary and the $100,000 No Limit Hold’em Main Event, to come from nowhere to capture the Purple Jacket. Additionally, Addamo earned $3.6 million in cash for his performance. In taking down this WSOP event for another million dollars plus payday, Addamo has picked up almost $5 million in just the past month of poker tournaments.