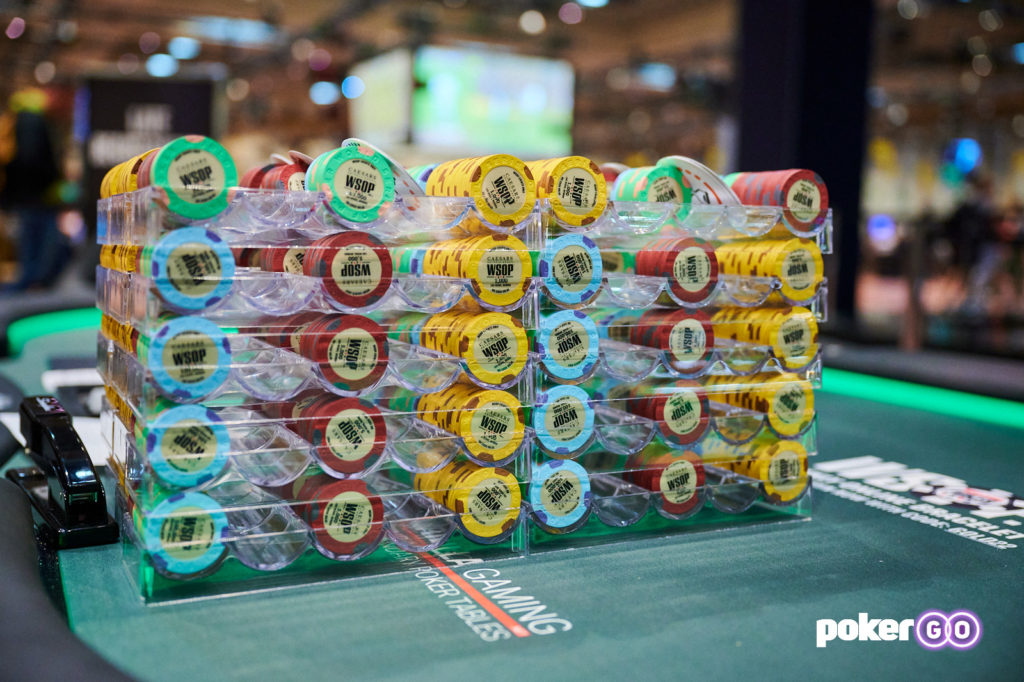 The real challenge is staying on top

Over here in the United States, it is Independence Day, the Fourth of July. And because it is on a Monday, that means a three-day weekend for lots of folks. With the excitement of a three-day weekend, I suspect that many poker fans forgot that the 2022 World Series of Poker Main Event got going on Sunday (unless you read Earl’s article yesterday). With a solid two weeks of the tournament still to come, San Antonio’s Cedrric Trevino has the honor of being the chip leader after Day 1A, holding 317,800 chips.

Trevino, who is certain to get more subscribers to his “Poker Traveler” blog pretty soon, is one of just two players to finish Day 1A with over 300,000 chips. The other is Wesley Fei (300,000 exactly), who started playing poker only six months ago. He has since become a regular in Hustler Live cash game streams; this is his first tournament.

Main Event is off to a fast start

It will be very interesting to see how the fields for each of the four starting flights turn out. This is the first year in a while that there have been four starting flights. It used to be that way, but the WSOP consolidated to three before expanding it to four last year. With pandemic flight restrictions into the US lifted just in the nick of time, though, event organizers added Days 1E and 1F in 2021 to give international players a better chance to get to Las Vegas.

The first Day 1 tends to be the smallest, as players don’t want a) the longest possible break between Day 1 and 2, and b) to pay for more hotel nights if they make it to Day 2. On the flip side, some people would rather bust as early as possible if they aren’t going to make it past the first day.

That said, the 900 entries on Day 1A is pretty solid, with 631 players advancing to Day 2A. It is possible that Monday’s Day 1B could be smaller, as it still means a long layoff for players who advance without the benefit of being the earliest opening flight, but having close to 1,000 players on the first flight bodes very well for the rest of the week, especially when the Days 1C and 1D will be packed to the gills.

The largest Main Event field in World Series of Poker history was way back in 2006, just before the UIGEA broke online poker. A total of 8,773 runners competed in that one, won by Jamie Gold. The 2019 Main Event came agonizingly close to breaking the record, coming just short at 8,569. With the COVID-19 pandemic still affecting attendance last year, 6,650 players really wasn’t bad at all.

The four starting flights will run one per day through Wednesday. Days 2A and 2B will be on Thursday and Days 2C and 2D will be held on Friday. The survivors from all Day 2 flights will come together in a unified filed on Saturday for Day 3. The Main Event will run from there straight through to Wednesday, July 13, when the final table will be determined. July 14 is a day off and then the final table will span two days, July 15-16.