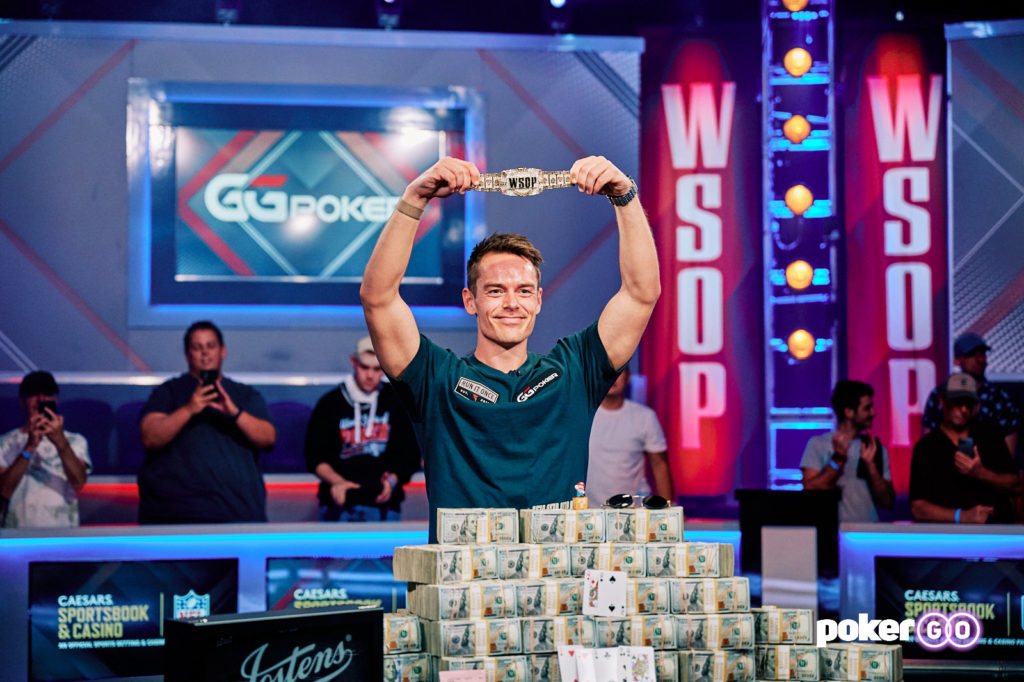 There is that old question in poker when telling someone about your winnings: “But how much did you lose?” In the case of 2022 World Series of Poker Main Event champ Espen Jørstad, the answer to that question is “plenty,” but even without the Main Event, he still pulled a profit during this summer’s WSOP.

On Tuesday, Jørstad posted a screenshot of the spreadsheet he used to track his earnings at the 2022 WSOP, as well as tournaments at other venues during the WSOP. Obviously, the $10 million he won in the Main Event made his a massive winner for the Series, but he said that excluding the Main, he was still “+$29,690 live, and maybe +$10k-$15k online.”

Again, Main Event excluded, Jørstad only cashed in four of his 15 events, which goes to show how difficult it can be to succeed in tournament poker, even for the person who won the most prestigious title of the year. And the bulk of his non-Main Event earnings came from one tournament, the Tag Team event which he won with Patrick Leonard. Jørstad’s share from that tourney was $74,033.

Jørstad did not compete in any high roller events – the Main Event was his most expensive tournament – helping him keep his outlay relatively low for a high-volume tournament player. The highest buy-in was $3,500 for tournaments at both the Aria and Wynn. He did fire three bullets at Wynn event, so the total cost to him was $10,500. He did not cash.

The most Jørstad spent on a tournament was $11,000 after buying in five times in the Wynn $2,200 Mystery Bounty event without cashing. He also lost money in a tournament in which he actually cashed: he only cashed for $875 in the WSOP Housewarming event, but paid the initial $500 buy-in plus one $500 re-buy.

Unfortunately for Jørstad, he did not own all of his action in the Main Event, so he will not see the entire $10 million first prize. Then again, he seems pretty excited about it, so perhaps this isn’t unfortunate at all. Jørstad revealed that he only had 56% of his Main Event action, participating in 14 different swaps with other players, all between 1% and 7.5%.

“Very nice feeling to make my friends a lot of money!” Jørstad tweeted.