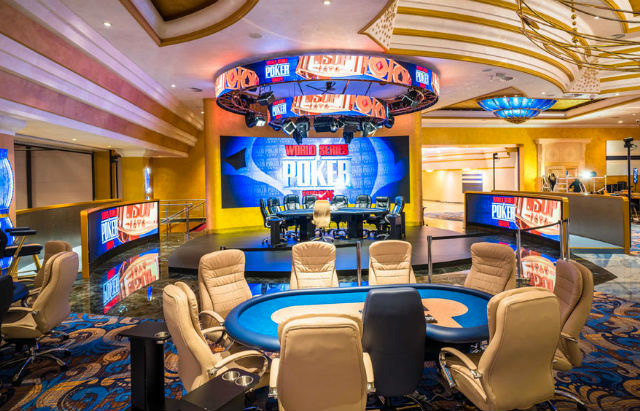 After awarding four bracelets in the opening week of the 2022 World Series of Poker Europe, the pace has certainly slowed. Part of the reason for that is that “The Colossus,” the €500 tournament that is Event #5 on the schedule, was taking up all the room in the King’s Casino in Rozvadov. Six Day One flights have now been completed, with 360 players still in contention for the bracelet and some familiar names that have already had some success at the 2022 WSOPE on the roster.

Day By Day Increase in Players

Typical of most multi-flight tournaments, the player numbers started small and climbed throughout the run of the early action. Day 1A and 1B pf “The Colossus” were held on Thursday, with the Day 1A flight a “normal” tournament, while Day 1B was the “turbo” variety. Throughout the early action, it didn’t seem to matter which version was chosen as the results were virtually the same.

On Day 1A, 332 entries were received, with only 33 players earning chips to advance to Day 2 from that flight. Oliver Stadelmann was able to amass a massive 1.245 million chip count, dwarfing everyone in the field. Day 1B – the turbo arm – saw similar numbers with 270 entries stepping up and 34 players making it through. Yuto Irie thought he had done well with his 568,000 in chips…until he saw Stadelmann’s stack.

Days 1C and 1D on Friday featured the same format – the early flight was the “normal” run and the later flight the “turbo” run – and, once again, similar numbers were found for each format. Day 1C saw 589 entries hit the King’s Casino cage, with 61 fortunate individuals earning the right to move on to Day Two action on Sunday. Idannhe Chorianopoulos’s 609,000 in chips was good enough to take the Day 1C chip lead.

On the turbo Day 1D, only 405 entries came to the fore, but a similar number would make it through the carnage. 55 players will take part in Sunday’s play, with Simone Andrian’s 508,000 chip stack serving as the benchmark. Thus, with these four flights in the books, only Saturday’s Day 1E and Day 1F were left for players if they wanted to move on in “The Colossus.”

For Day 1F – the “turbo” tournament – it was a story of tough breaks for a bracelet winner at this year’s WSOPE. Ilija Savevski, who won the jewelry in Event #3, the “Mini-Main” Event, saw his chips bleed through his fingers when he shoved his final 9K in chips over the raise of Gianrocco Teora. Pavol Szetei made the call, as did Teora, and the flop came down Q-9-4.

Szetei pushed out another bet post-flop, which was enough to get Teora to go away, and the cards were shown. Savevski popped up with an A-Q that had caught the top pair on the flop, but Szetei was unmoved with his pocket Aces for the lead. Needing another Queen to stick around, Savevski saw instead a Jack and an eight come, sending him to the cage for another buy-in; that one he was able to parlay into 175,000 and a return to the Day Two action tomorrow.

Between Days 1E and 1F, there was a significant addition to the field. Day 1E generated another 782 entries and 86 survivors came through. Meanwhile, Day 1F was a wild one, with 604 entries and 91 players sticking around to find a bag. Through the six days, however, nobody rose to challenge Stadelmann. With Day 1E chip leader Alkiviadis Stavratis and Day 1F chip leader Brando Naspetti added to the mix, the highly unofficial leaderboard looks like this:

Day Two action will kick off at 2 PM (Czech local time), with the 360 players looking to get deeper into the field for “The Colossus.” The goal on Sunday is for the field to play down to the final table, which might be an audacious task for everyone involved. Monday will be the final day, regardless, when the champion will be determined.