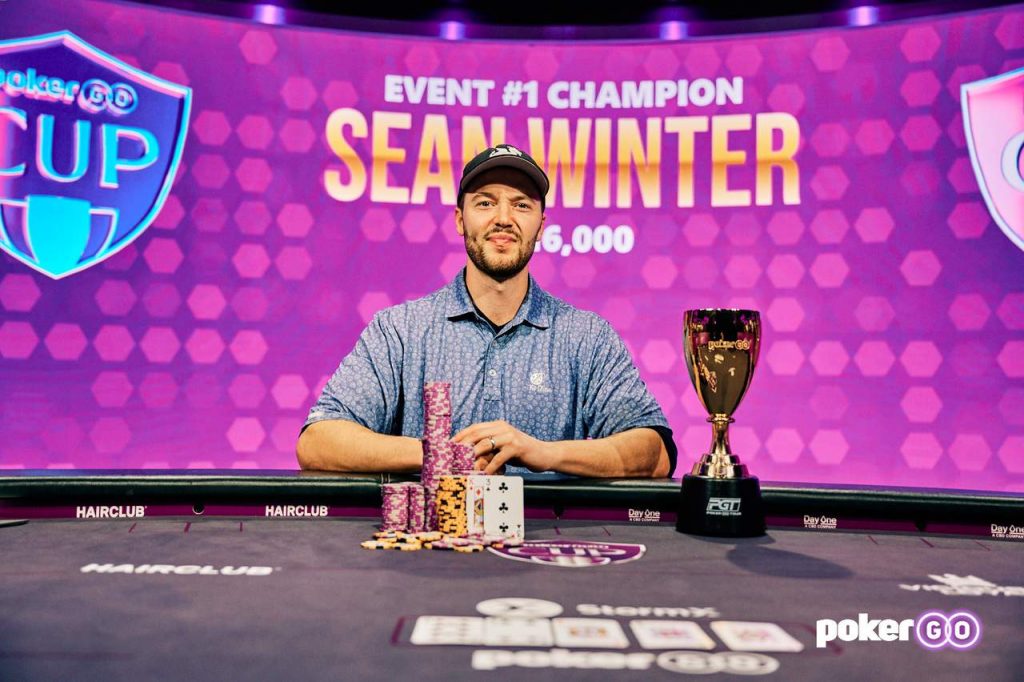 The 2023 tournament poker season is still in its infancy, but there have already been some big events. Bin Weng’s victory last weekend at The Borgata’s “The Return” in Atlantic City crowned him the first million-dollar champion of 2023. Now, the PokerGO Tour steps into the breech with the 2023 PokerGO Cup, where Sean Winter has already captured the first title.

Coming back to the felt on Thursday, seven men were left with a dream of a PGT title. Leading the way was David Peters, stacked with 3.865 million in chips, while Alex Foxen (2.01 million) and Orpen Kisacikoglu (1.755 million) were in pursuit. Adrian Mateos was the only other player over the million-chip mark (1.39 million), while Anthony Hu (960K), Joseph Cheong (915K), and a short-stacked Winter (360K) tried to mount a charge.

Winter went to work immediately at the final table. After Foxen had dismissed Hu in seventh place (a classic race, Foxen’s pocket Kings against Hu’s A-Q on a blank board), Winter had garnered enough chips to take out Kisacikoglu in sixth place and stay viable in the event. Over the extended span of the five-handed action following Kisacikoglu’s departure, Winter was able to turn himself into a force in the event.

It would not be without some challenges, however. Foxen called down a bluff out of Mateos to devastate the stack of the Spaniard; Mateos would depart moments after that bluff catch in fifth place at the hands of Winter. Foxen would keep his name in the mix by disposing of Peters (beset by some bad fortune throughout the final table action), but Winter’s elimination of Cheong in third brought him almost two million chips and sent him and Foxen to heads-up play.

Winter’s work earned him 7.9 million chips, good for a more than 2:1 lead over Foxen (3.35 million), and Winter would never let Foxen into the match. Although Foxen was able to find a double on the short stack, he would make an unfortunate move that would cost him the tournament.

On the final hand, Winter opened the betting out of the big blind and Foxen simply called out of the small. A K-10-4 flop greeted the twosome and, after a couple of checks, another King came on the turn. Foxen chose to fire at this point for 450K and, after Winter calmly made the call, a Queen completed the board. Foxen checked with his short stack and Winter put him to the test with an all-in move. After contemplation, Foxen made the call and saw that Winter had hoodwinked him – Winter’s K-3 was in the lead the entire way over Foxen’s 10-8, earning Winter the first championship of the 2023 PokerGO Cup.

Action will continue in Event #2 at noon from the PokerGO Studios and will play down to the eventual champion. That player will capture a $207,500 payday and garner points towards the PokerGO Cup, which will be awarded to the overall Player of the Series in this event.