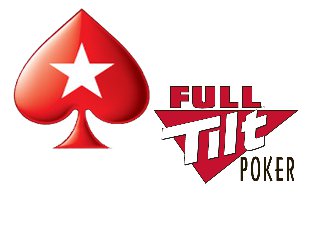 What was rumored all day by sources inside the industry have proven to be true this time. After complex negotiations, Amaya Gaming has worked out a deal to acquire the Rational Group, the ownership company behind PokerStars and Full Tilt Poker.

In a press release this evening, Amaya Gaming spelled out the details of the agreement. For $4.9 billion, Amaya will take over the world’s largest online poker room and, even if you didn’t count Full Tilt Poker, the dominant player in the online poker market in many countries around the globe. The deal will create the largest ever publicly traded online gaming company (previously held by the bwin.party merger in 2011) and sees Amaya take over all aspects of the Rational Group’s ownership. This would include such popular poker tours as the European Poker Tour, online and television programming and the seminal brands that have become household names in the online poker industry.

For the deal to go through, both Boards of Directors from Amaya Gaming and the Rational Group had to approve the transaction and reports state that both sides passed the deal unanimously. The transaction will be financed “through a combination of cash on hand, new debt (and) a private placement of non-voting convertible preferred shares (stock),” the statement announced, which is critical because, acting alone, Amaya Gaming didn’t have the ducats on hand to make the deal. For the 2013 calendar year, Amaya Gaming (a company based in Canada) was valued at $1.3 billion.

Rational Group Founder and Chief Executive Officer Mark Scheinberg said in the statement, “I am incredibly proud of the business Isai (PokerStars founder and Mark’s father) and I have built over the last 14 years, creating the world’s biggest poker company and a leader in the iGaming space. Our achievements and this transaction are an affirmation of the hard work, expertise and dedication of our staff, which I am confident will continue to drive the company’s success. The values and integrity which have shaped this company are deeply ingrained in its DNA. David Baazov (the Chief Executive Officer for Amaya Gaming) has a strong vision for the future of the Rational Group which will lead the company to new heights.”

Earlier today as rumors ran rampant regarding the deal, the stock for Amaya Gaming soared amidst the speculation. After sitting at around $12.00 per share on the Toronto Stock Exchange during morning action, the price skyrocketed in a two hour span to sit at $14.00. This forced the TSE to take the rare step of shutting down trading on the stock hours before the close of business on the chance that the deal may have fallen through and the stock falter below its original price.

What effect this will have on one of the critical markets that PokerStars had strived to return to, the United States, is at this point unknown. Amaya Gaming is licensed in New Jersey to provide a product but, at this point, has only been providing casino gaming – teamed with Ultimate Gaming and the Trump Plaza and Trump Taj Mahal properties in an April deal – in an attempt to jump start their overall product. With Amaya’s new ownership of the PokerStars/Full Tilt brand, it may be possible that either Amaya will look to discuss a new deal with the two Trump-branded casinos or potentially go on their own in the Garden State.

The current “suspension” of licensing for the PokerStars brand by the New Jersey Department of Gaming Enforcement due to their management issues will probably now be reviewed also. PokerStars had entered into a deal with Resorts International that were stymied by the suspension of licensing and, with the new ownership in Amaya Gaming, they might be jumping into the game in New Jersey if Amaya can secure the licensing.

Nevada may also become a new playground for the Amaya/PokerStars brand. Amaya has a deal in place with the Golden Nugget for an online poker operation in the Silver State but, to this date, they haven’t pulled the trigger on opening up a site. The Golden Nugget (also licensed in New Jersey) may want to bring the Amaya/PokerStars team, with their new toy in their pocket, into the fray quickly.

Another battleground – California – is a bit murkier. Due to the “bad actor” language that has been presented for any California online poker legislation, it may still prevent the new Amaya/PokerStars brand from entering the state. The “bad actor” clause covers pretty much every part of an online gaming operation – including personnel, software and other matters – that operated in the United States after December 31, 2006. As such, even though the management may have changed with PokerStars/Full Tilt Poker, the “bad actor” language might still prevent their entry.

The ink on the deal is not quite dried yet, so some situations may change. But the ability of Amaya Gaming to pick up the most powerful online poker room in the industry may cause a seismic shift in the U. S. online poker scene.