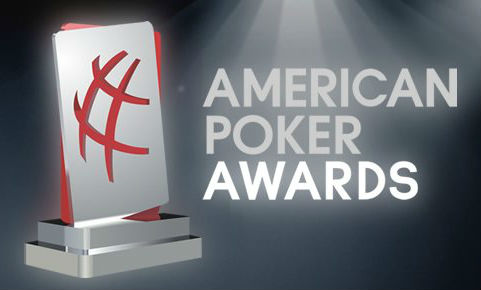 The streaming network PokerCentral and poker player Andrew Neeme were the big winners last night as the world of poker honored its own with the Fourth Annual American Poker Awards.

There was a bit of celebrity power on the catwalk entering Andaz in West Hollywood on Thursday night. Hollywood producer Randall Emmett (Aftermath, Gotti), “The Vanderpump Rules” stars Tom Sandoval and Ariana Madix and MMA legend Tito Ortiz all took their moment in the spotlight in the traditional pre-ceremony walk down the red carpet. The real stars, however, was the world of poker and the top performances of 2017.

Stepping in for Kara Scott, who had hosted the three previous AMA award shows, Lynn Gilmartin adeptly handled the emcee honors for the poker world and its stars. Brightest of those stars was Neeme, who watched the proceedings in Los Angeles from afar in South Africa. His first award was in a sweep – the top pick of both the Nominations Committee and of the Jury Panel to determine the eventual winner – for Video Blogger of the Year. For his second award, Neeme earned the most of the 10,000 votes to take home the People’s Choice Award.

PokerCentral was also a big performer on the AMA stage. Their documentary “Dead Money: A Super High Roller Bowl Story” was honored for Best Media Content. Additionally, their “PokerCentral Podcast” featuring Brent Hanks, Will O’Connor and Remko Rinkema, was honored in the Best Podcast category. Finally, PokerCentral moneyman Cary Katz, who is the financial backer for the streaming outlet, was honored as Poker’s Biggest Influencer.

Although he lost in the Broadcaster of the Year category to Nick Schulman (another PokerCentral honoree), ESPN and World Series of Poker broadcaster Lon McEachern was stunned by one of the Jury Panel’s choices. Along with his longtime partner Norman Chad, McEachern was given the Award for Lifetime Achievement in Poker. And, in another notable moment, tournament director extraordinaire Matt Savage won his third consecutive AMA honor, this time for Industry Person of the Year.

Here’s a list of all the winners from Thursday night: