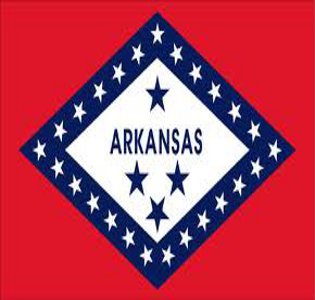 After several months of battle across the state and in its legislature, the Arkansas Supreme Court has struck down the proposed constitutional amendment referendum started by poker player/political consultant Nancy Todd that would have let the citizens of the state decide on a casino measure.

Motions filed by both Todd and the Arkansas Racing Alliance were heard by the High Court on Thursday, with the Court siding with the ARA in their assertion that the proposed amendment from Todd was worded improperly. That proposed amendment, in the views of the ARA, would have potentially repealed already standing laws that allow the tracks associated with the ARA the right to offer video poker, blackjack and electronic “skill games” such as electronic poker tables. The ARA contended as well that the wording of the petitions filed by Todd didn’t indicate this potential and, if the Court sided with them, that the referendum that will appear on the November 6 ballot shouldn’t be counted.

In their decision yesterday, the Arkansas Supreme Court agreed with the ARA and blocked the proposal. “While we sympathize with (Todd’s) view that the revision was ostensibly made as part of a collaboration with respondent (the ARA) and the (state) Attorney General, the fact remains that (Todd) altered the text of their ballot measure even though all of the signatures were gathered under a different ballot title,” the Court said in its decision. Todd’s motion against the state, which was filed in August to get the proposal on the ballot, was dismissed due to the Court’s decision on the ARA/Todd fight.

When Arkansans head to the polls on November 6, they will still see the Todd referendum on their ballots. The Court decision, however, instructs the state’s Board of Elections to not even tally the votes on neither Todd’s measure nor count those regarding a second casino proposal by a Texas businessman, which was previously rejected last month and will also be on the ballot.

The attorney representing the ARA, Elizabeth Robben Murray, calmly expressed her satisfaction with the ruling to writer Andrew DeMillo in an article that appeared on Bloomberg Businessweek. “I think it was the most logical holding that could be reached,” Murray stated to DeMillo. “You can’t change ballot titles after you’ve circulated a petition with a materially different ballot title to collect signatures.”

Todd was understandably disappointed in the decision of the Supreme Court. “I really don’t know what I could have done differently,” Todd said to DeMillo. “That’s my challenge in the next few months to figure out how it could have worked.”

The fight over casinos in Arkansas showed the impact of money on the political process. DeMello says that Arkansas Development, a group that was formed to support Todd’s legislative action, spent more than $913,000 over the span of this year, primarily to garner the needed signatures for the petition to put the referendum on the ballot. On the other side, Stop Casinos Now was founded by Southland Park Gaming and Racing (located in West Memphis, AR) to fight Todd’s measure. Southland spent more than $894,000 to fight Todd’s efforts and was joined by the other Arkansas racetrack, Oaklawn Gaming and Racing in Hot Springs, which contributed $80,000 to Stop Casinos Now.

The proposed referendum also faced opposition from government officials. Arkansas Governor Mike Beebe came out against Todd’s efforts, saying to DeMello yesterday, “I never like (the proposed amendment) because it kind of gave some exclusivity to out-of-state folks (Todd relocated from Las Vegas to Arkansas to drive the petition process). It wasn’t being sold that way to a lot of people.”

The Todd proposal would have given the right to the people of Arkansas to decide on whether to expand casino gaming in the state. Under the referendum, four counties – Pulaski, Miller, Franklin and Crittenden – would have been the locations of the full-fledged casinos, with Todd’s group earning the sole right to operate in the state. With the Arkansas Supreme Court decision, however, there will be no vote on casinos in the state this year and Todd hasn’t yet decided whether to try again in 2014.