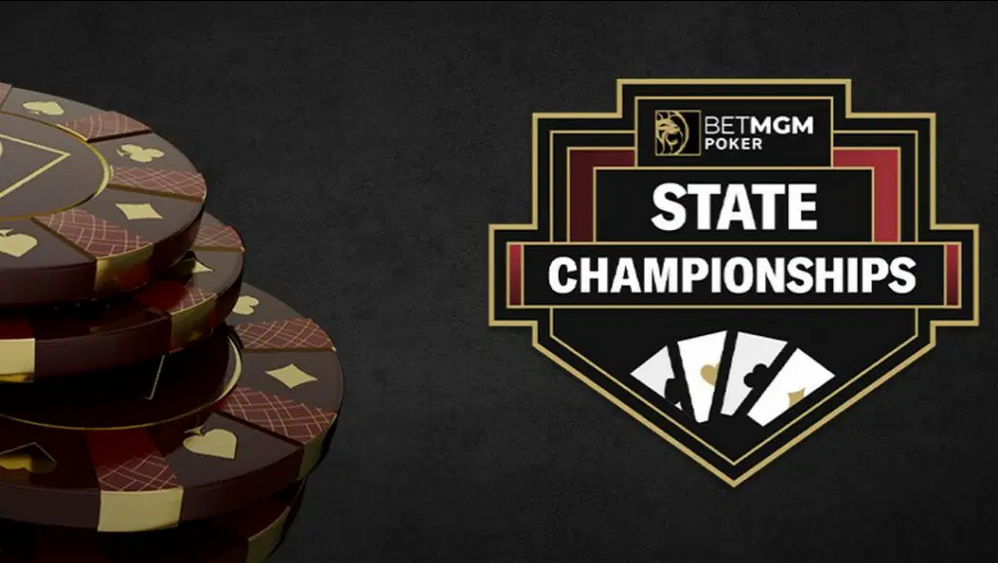 Over $2 million in guarantees

For that week and a half, there will be 26 events running simultaneously in each state where BetMGM has a site: New Jersey, Pennsylvania, and Michigan. All told, the series will have over $2 million in total guaranteed prize pools. The largest total guarantee is in New Jersey, $795,000. Michigan follows with a $680,000 guarantee and Pennsylvania has $540,000 in guarantees across its tournaments.

“This has been a transformational year for BetMGM Poker,” said BetMGM’s director of poker Luke Staudenmaier in an announcement late last month. “Following a groundbreaking live event at ARIA in June, the State Championships is the largest online series in BetMGM Poker history. The momentum that we’ve experienced in the past three months has inspired us to push for new heights.”

Series qualifiers have already begun, with buy-ins ranging from $5 to $100.

As we briefly discussed, September is replete with online poker tournament series. Running September 1-27 is the partypoker MILLIONS Online. BetMGM and partypoker are related – partypoker is owned by Entain and BetMGM is a joint venture between Entain and MGM – but the MILLIONS is for players outside of the United States. It features 15 events and over $6 million in guaranteed prize pools.

The partypoker MILLIONS Online Main Event has six starting flights spread throughout September, with Day 2 on September 26 and the final day on September 27. The buy-in is $3,200 and the tournament has a $2 million guarantee.

Also going on right now is the granddaddy of online poker tournament series, PokerStars’ World Championship of Online Poker (WCOOP). It consists of 322 tournaments in its usual three-tiered buy-in structure and $85 million in guaranteed prize pools.

Related, the US versions of Pokerstars’ “COOPs” began this past weekend in Pennsylvania, Michigan, and New Jersey. Going through September 26, PACOOP, MICOOP, and NJCOOP have a combined $4.5 million in guarantees.

And then there is the WSOP Online on GGPoker, which began in mid-August and runs through September 27. Buy-ins range from $100 to $100,000 and 33 official gold bracelets are there for the taking. Not to be left out, the US-based bracelet events on WSOP.com began over the weekend. The shared liquidity Nevada and New Jersey sites are awarding 33 bracelets (combined, not each state), while Pennsylvania and Michigan have their own WSOP Online, with six bracelet events for each state.