Home BetOnline Embarasses Itself in Wake of Damar Hamlin Tragedy 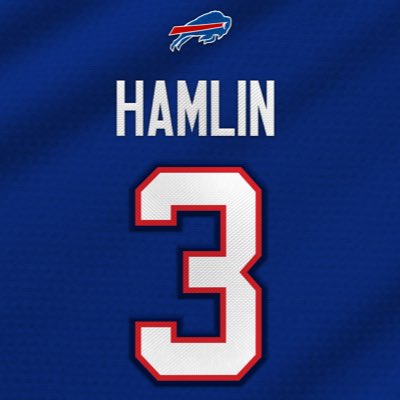 Horror on the field

When a tragedy occurs, the reaction of most people is to be sad or scared, to wonder what they can do to help, to seek the comfort of loved ones, or at least sit and ponder. Last night, though, BetOnline’s move was to try to profit in the moment, an act for which the company should be thoroughly ashamed.

Last night’s Monday Night Football was highly anticipated, a penultimate week meeting between the Buffalo Bills and Cincinnati Bengals, two of the best teams in the NFL. Both teams had already clinched playoff spots, but the Bengals were still fighting to win their division and both teams were jockeying for playoff seeding.

During the first quarter, Buffalo safety Damar Hamlin made what appeared to be a routine tackle after a catch by Cincinnati wide receiver Tee Higgins. A moment after Hamlin stood up, however, he collapsed. He had suffered cardiac arrest and laid lifeless on the field.

Medical personnel rushed to Hamlin, administered CPR for several minutes and administered oxygen. Some 16 minutes after he collapsed, the 24-year-old Hamlin, whose heart was fortunately restarted, was taken off the field in an ambulance. He is now in critical condition, under sedation and intubated, in a Cincinnati hospital.

There has been no official word on exactly what happened to Hamlin, but the prevailing theory from doctors who watched the play unfold on television is that he suffered commotio cordis when he made the tackle, a potentially (and often) lethal disruption to the heart’s rhythm as a result of a blow to chest. It is a rare injury to happen to adult football players; it is typically seen in children and teenagers in sports that use a small, dense projectile, like baseball or lacrosse.

Naturally, the game was paused after the incident, as medical teams attempted to help Hamlin and the players, coaches, staff, and fans stood in horror, many of Hamlin’s teammates and opponents crying on the field.

But BetOnline, wanted to make a quick buck, decided that this was a fantastic spot to post another live betting line. With the game on hold, some cold-hearted opportunist posted an in-game line on both whether or not the game would be resumed and when. Someone literally thought, “I know we all might have just witnessed Damar Hamlin’s death, but let’s make the most of it and make some money from degenerate gamblers!”

BetOnline should be embarrassed at this absolutely shameful display of greed. It’s sick. I understand that the sports betting business isn’t one in which the goal is to help as many people as possible, but there is a line when it comes to making money. It’s not always clear where that line is, but let’s at least make it where we don’t try to profit moments after a person possibly dies on national television.

Time to rally together

In the meantime, there is an opportunity to do some good in the wake of this tragedy. When he was still at the University of Pittsburgh, Damar Hamlin established the Chasing M’s Foundation to help children in the community of McKees Rocks, Pennsylvania, where he grew up. The foundation started a GoFundMe page to raise money to buy toys for children in need.

With heartbreak sometimes comes goodness and after the horrific events of Monday night, fans found the Chasing M’s Foundation GoFundMe and immediately started donating. The original target was $2,500, but as of this writing, people have contributed more than $4.7 million. And you can, too, if you would like.

“This campaign gives you the opportunity to contribute to our first initiative and positively impact children who have been hardest hit by the pandemic,” wrote Hamlin. “100% of the funds raised will go toward the purchase of toys for kids in need.”