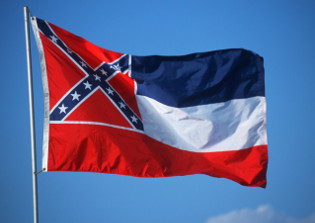 This is the third time in four years that Bobby Moak has done this and though he is incredibly persistent, he has no expectations of anything passing this year. While last year’s mid-term elections garnered an understandable amount of attention and now the presidential election cycle is getting started nearly two years in advance, this is actually an election year in Mississippi. Because of this, what low chances HB 306 might have to pass are even lower, as politicians do not normally want to take potentially risky stances when up for re-election. No matter, Moak wants to at least get his bill in front of his colleagues to get them thinking about it.

One of the primary concerns of the bill, above the usual, is protecting the state’s residents as well as operators who are properly licensed. An individual who offers online gambling without the requisite operating license could be fined as much as $100,000, thrown in prison for up to ten years, or both. The fines are escalated for companies who do the same, up to $500,000. Each of these punishments is per violation, so penalties can snowball quickly. The goal here is obviously to greatly discourage anyone from even trying to operate an online poker room without going through the process to get a license.

HB 306 goes even further in trying to shield residents from illegal gaming operators. Individuals – people in the privacy of their own homes – who are caught partaking in online gambling on an unlicensed site can be fined up to $10,000 and even jailed for up to three months. Anything a player uses to gamble illegally and anything that can be traced to winnings can also be seized by law enforcement officials.

If you think what was detailed in the last paragraph sounds insane, you are not alone. Vice President of Player Relations for the Poker Players Alliance, Rich Muny, told PokerFuse.com, “I think all player penalties are misguided. Player penalties wrongly shift the target of enforcement efforts from hard-to-reach offshore sites to the players.”

That is not to say that everything in the bill is bad – that was just one example that stands out. One portion of the bill that makes sense is the part that permits Mississippi to enter into agreements with other states to allow each other’s players to cross virtual borders and play on sites located in the other state. This would serve to expand the sites’ player pools, making the online poker rooms more attractive to potential players. In online poker, it is all about traffic to the tables, as thinly populated tables make for poor games. On top of that, the more empty tables a player sees when thinking about logging in, the less likely he is to ever sit down. This then makes things worse for the poker sites, as empty tables create more empty tables.