Home California Online Poker Bill Back for Another Go 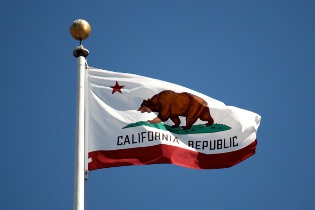 They are back at it again in California. For about the billionth time this century, an online poker bill has been introduced into the state legislature and if we have learned anything, there will be a lot of pouting on both sides leading ultimately to nothing. The bill, Assembly Bill 1677 (AB 1677), also called the Internet Consumer Protection Act, was introduced by Assemblyman Reginald Jones-Sawyer late last week and will now begin all sorts of stupidity ending with us all saying, “Why can’t they just get it done already?

Arguably the main reason nothing has ever gotten done in regards to online poker in California is because a hardline group of Native American tribes have essentially been adamant that they get everything they want, unwilling to compromise on most points. The composition of this group has varied, but the core members have been the Agua Caliente Band of Cahuilla Indians, the Barona Band of Mission Indians, the Lytton Rancheria Band of Pomo Indians, the Pechanga Band of Luiseno Mission Indians, the Table Mountain Rancheria of California, the Viejas Band of Kumeyaay Indians, and the Yoche Dehe Wintun Nation.

These groups want as few entities as possible to be able to operator an online poker room. Thus, AB 1677 presents a compromise, not allowing California racetracks to obtain licenses. In exchange for being excluded, the racetracks would share in 95 percent of the first $60 million collected by the state (so $57 million). Additionally, racetracks could serve as service providers (for instance, the provider of the poker software) and partner with an operator, but at least half of the partnership’s revenue would have to go to the racetrack.

The hardline tribes have long fought against allowing PokerStars to have any chance to be included in the California online poker industry. As such, they have always wanted a “bad actor” clause in any legislation, barring operators who offered games to Americans after the passage of the UIGEA in late 2006. This bill does not have a bad actor clause, rather leaving it up to state regulators to determine whether or not a license applicant it qualified for a license.

Because of its position as the most populous state in the country – by far – California is the white whale of the online poker industry. If the game were legalized and regulated in the state, any operator who gained a license could make a pretty penny. On top of that, the other states that have legalized online poker – currently Nevada, New Jersey, and Delaware – would line up to for interstate compacts with California to boost their player pools.

Good luck at anything ever happening, though.