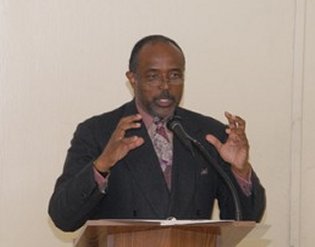 On Tuesday, Senate Bill 1485 will be debated in the California Senate Governmental Organization Committee. The measure, introduced by Rod Wright (D-Inglewood), paves the way for legalized and regulated online poker in the west coast state, which has been plagued by budget shortfalls.

The Morongo Band of Mission Indians has come out against SB 1485, with tribe spokesperson Patrick Dorinson telling the Palm Springs Desert Sun newspaper, “We’ve always supported the concept of intrastate poker in California because of consumer protections, revenue to the state, and the fact it would bring the game out of the shadows. But we cannot support the bill in its present form.”

According to a separate article by the Palm Springs news outlet, the measure governing online poker has been granted special consideration despite the legislature’s full plate: “Because more than 20 pending measures are expected to be heard [on June 29th], the online legislation has been given a special order of business status. That guarantees a hearing start time for 3:30pm.” The proceedings will take place in Room 3191 of the State Capitol in Sacramento.

SB 1485 authorizes three “hub operators” to provide legal internet gambling games to California residents for a period of five years. Because of its legalized status, an operator must fork over “at least 20% of its gross revenues” to the state’s newly created Internet Gambling Fund every month. Moreover, California residents who play on unauthorized channels will feel the long arm of the law and every online poker player must be at least 21 years of age.

California regulators will be examining a number of factors to determine whether an outlet is worthy of being one of the three hubs, including “quality, competence, experience, past performance, efficiency, reliability, financial viability, durability, adaptability, timely performance, integrity, security, and the consideration promised to the state.” Hub applicants will undergo an exhausting vetting process.

Text found at the beginning of SB 1485 notes that legal live poker exists en masse in California; however, the state has not yet elected to tackle the internet version of the game: “The state currently maintains and implements substantial regulatory and law enforcement efforts to protect thousands of Californians who play real money poker in licensed California card rooms and tribal government casinos, yet the state provides no licensing requirements, regulatory structure, or law enforcement tools to protect millions of Californians who play the same games daily for money on the internet.”

During the upcoming 2010-2011 season of the World Poker Tour (WPT), the most populated state in the Union will play host to the Legends of Poker at the Bicycle Casino in August. After a six-month hiatus, WPT officials will return to California for the annual Celebrity Invitational and L.A. Poker Classic, both of which are held at the Commerce Casino. Finally, in March 2011, the WPT’s premier bounty event, the Bay 101 Shooting Star, will emanate from San Jose.

The text of SB 1485 claims that the Unlawful Internet Gambling Enforcement Act (UIGEA) authorizes internet gambling “as long as all players and the online wagering activities are located within the state and the games are not played by minors.” The UIGEA was attached to an unrelated port security measure in the final minutes of the 2006 Congressional session. Mandatory compliance with its regulations occurred on June 1st of this year after a four-year delay.

Hollywood Park, the Commerce Casino, Hawaiian Gardens, and The Bike have joined the Morongo Tribe in its opposition to the legislation, according to the Desert Sun. The opposition implored, “We believe what plays in California should stay in California. By licensing foreign operators and Las Vegas gaming interests, this bill allows money to leave the state instead of helping California’s economy.”