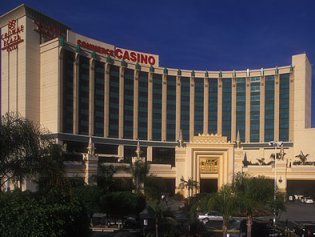 Taking center stage in recent weeks has been the squabble between a coalition of California casinos and the Poker Players Alliance (PPA) over the merits of HR 2267, the Internet Gambling Regulation, Consumer Protection, and Enforcement Act. Poker News Daily sat down with Commerce Casino CEO, President, and Chairman of the Board Haig Papaian to see what’s fueled the debate.

Poker News Daily: Thanks for joining us. Give us your official standpoint on HR 2267.

Haig Papaian: We’re going to do everything we can to ensure it doesn’t become law. We’re not against online poker; we only want legalized online poker. We also have an issue with offshore companies coming in and taking over the industry. As President of the Commerce, I am part of a group of card clubs and tribes that are for poker-only bills in the state of California. For the PPA to say that we’re against online poker – that’s ridiculous.

I don’t think there’s another industry in the state of California that is more regulated than the card clubs and tribal casinos. To have this bill be on a countrywide basis and relax those standards is upsetting. We’ve been playing by the rules since Day 1.

PND: Can you talk about some of the shortcomings of the bill?

Haig Papaian: In California, we’re under a magnifying glass from the Department of Justice. If we don’t comply with them, we will lose our license and be out of business. I don’t see those strict regulations in the Federal bill. You’re dealing with offshore entities and I want to see how they’ll regulate companies located in the Isle of Man. The internet gambling sites will set up shell companies to say they have people working here to comply with HR 2267, but the money will still go out of the country.

PND: Is California the main focus of the Commerce Casino and the other gambling establishments then?

PND: Have you seen any ill effects from the PPA’s Players Before Profits petition?

PND: Where do you stand on HR 4976, the tax companion bill to Congressman Barney Frank’s HR 2267?

Haig Papaian: From my understanding, that tax scheme is far less than what the states could receive if they passed their own bills. Any state that chooses to do it should have their own intrastate internet gambling bill so they can keep the majority of their own money. The Federal Government has never been involved in gaming and I don’t see why they should start now.

PND: Do you support the provision in HR 2267 that says internet gambling sites currently serving the U.S. market won’t be able to obtain a license?

Haig Papaian: The Federal Government says they shouldn’t be doing it now and they’re doing it anyway. When Prohibition was lifted, was Al Capone allowed to start a brewery? No. These guys are doing something illegally and I have a problem with rewarding them later.

PND: Given the economic downturn, how has business been going at the Commerce?

Haig Papaian: Business is down, but we’re holding our own. Our tournament numbers are down. We’re probably 7% to 8% off from where we were, which doesn’t sound like a lot, but it is. We have a similar head count in cash games as we did before, but instead of people getting into larger games, they’re playing smaller ones, so we get a smaller rake. I am proud of the people who work underneath me here because we didn’t have any major layoffs and we’re still running straight.

PND: We saw that you have an option for poker players to bring their home games to the Commerce. Has that been popular?

Haig Papaian: It’s been pretty successful. People who don’t want to deal with the mess of hosting their own home game can come here. We have drinks and food for everyone and we’ll even drive you home if you need to.