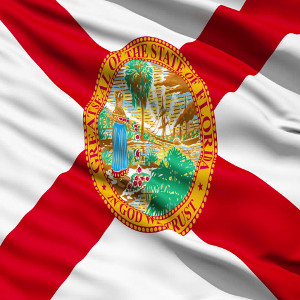 It’s only taken a little longer than a year but, come Wednesday, Floridians might get some idea if they can bet on sports in the state or not. After final briefs were filed by both the federal government and Florida officials, the D. C. Court of Appeals will hear oral arguments as to whether the state’s compact with the Seminole Indians is legal or not. Although these arguments will be heard this week, a final decision on the situation could take several more months.

Perhaps because neither side wants to tip their hand, the final motions in the case were primarily arguments that had been made previously. The Seminoles raced to get their reply motion in first, offering six arguments that support their belief that the compact was a legal action. Of primary insistence by the Seminoles was that, as an Indian tribe, they had a sovereign right to offer the gaming, despite the insistence of the Department of the Interior attorneys otherwise.

Briefs from the government were concise, citing a critical portion of the compact that could be the issue that derails the compact. The feds state that gaming must occur “on Indian lands,” which would make sense in that the tribe’s property would be regulated by the Seminole tribe. Under the compact, however, there is a theory that is being tested which, in actuality, put the kibosh on the compact last year.

It has been a long journey between the state of Florida, the Seminole Indians, the Department of the Interior, and the federal government on the issue of sports betting in the Sunshine State. Back in April of 2021, governor Ron DeSantis signed a 30-year compact with the Chairman of the Seminole nation, Marcellus Osceola, Jr., that opened several new avenues of gaming for the tribe. It would take another month before the Republican-led Florida General Assembly rubberstamped the compact.

That started the clock on the work of the Department of the Interior. As the regulatory authority over Indian gaming, the Interior had forty-five (45) days to either approve of the compact or voice their disapproval. That timeframe passed without Interior signing off in either direction on the compact and, as such, the Seminoles began the process of opening their mobile websites for online sports betting.

That was before the Department of Justice announced its opposition. The DoJ acted in filing a lawsuit alleging that mobile sports betting violated the Indian Gaming Regulatory Act because it didn’t take place on physical tribal grounds. The state of Florida and the Seminoles contended that, because the servers for the mobile gaming were on the Seminole property, this allowed them to circumvent the regulations. Once the feds announced their opposition, the Seminoles shut down their burgeoning operations.

Also at question in the case was a Florida constitutional change that occurred in 2018. Under that amendment, Amendment 3 that passed overwhelmingly in 2018, any new gaming offerings would have to be approved by a referendum of the state’s voters. The compact did not pass muster through the state’s voters, making it an unconstitutional act. This part has been brought up by two Florida poker rooms, but it is on hold until the federal actions have been figured out.

When Will the Decision Come?

Unfortunately, the decision regarding sports betting in Florida isn’t going to come anytime soon. The arguments in this particular case will be heard on Wednesday, but the D. C. Court of Appeals can take up to 180 days to discuss the issue amongst themselves. After that, it would only be then that a decision would be rendered and, if either side isn’t happy with the outcome, then they would have the right to take the case to the U. S. Supreme Court.

There is also the issue of the constitutionality of the compact itself. The amendment that was passed in 2018 was quite explicit in that ANY new gaming would have to be presented to the citizens of the state before it could be enacted. The contention of the state and the Seminoles is that, because the Seminoles are offering the gaming option, it isn’t new. Attorneys for the poker rooms in Bonita Springs and Jacksonville, however, have a different opinion, stating that the sports betting segment of the compact is an expansion of gaming.

All told, it is going to be some time before any action is taken on the case. It could be upwards of another year before anything is decided in either direction regarding the issue. It is just the latest turn in the sage of casino gaming – either online or live – in the state of Florida.