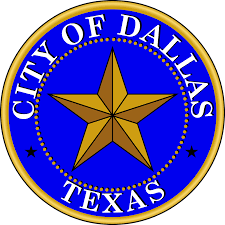 This last week, the city of Dallas, TX, made a decision regarding the poker “clubs” that have sprung up around the city. The City Attorney for Dallas, Gary Powell, had been pushing for the closure of these rooms. But the attorney forgot one thing – he would have to provide evidence as to a reason for closure, and it did not even take a trip to the City Council to shoot the City Attorney down.

In Law, You Have to Have Evidence of Crime…

The meeting last week of the Dallas Board of Adjustment was where Powell attempted to shut down the Texas Card House. In his presentation, Powell cited statutory interpretations of the law, but he forgot one thing. In 2021, the City Attorney – Powell himself – had approved the Texas Card House and several other poker “clubs” for business and now was trying to shut them down without adequate reason.

The Board of Adjustment asked Powell to provide a reason for the change in the city’s position from their 2021 approval or present any evidence that the card rooms were violating the law. Powell was unable to show where there was any change from what the city had previously approved, that there was not any criminal activity that was rampant because of the rooms. In fact, the poker rooms were operating as they had stated to the City Attorney when they were permitted to open in early 2021 around the city.

In the end, the Board of Adjustment – a body made up of volunteer members – decided that Powell had not proven that anything had changed that would require a rescinding of his previous approval. “The land use is the same, and the initial approval was for commercial amusement inside for a fee,” said Board of Adjustment Chair Dave Neumann during the hearing. “Nothing materially has changed.” Another member of the board, Lawrence Halcomb, added to D Magazine writer Matt Goodman, “There was never a good case made by the city. There was never a persuasive argument that new information came to light.”

The issues in Dallas are not the first time that a city has tried to shut down the poker “clubs” that have sprung to life in Texas. The businesses have ample legal evidence that they are not violating the laws in the Lone Star State against gambling by not taking a “rake” from the games being played. Instead, these “clubs” charge a membership fee and an hourly fee for players to sit down at the tables. Thus, they are not profiting from the gambling being done, but from offering the memberships and a spot to play.

In Houston, the Harris County District Attorney, Kim Ogg, tried to shut down two poker rooms back in 2019. In bold daylight raids, Houston law enforcement raided two businesses, Prime Social Poker Club and Post Oak Poker Club, alleging several money laundering charges against the owners and managers of the two businesses and seizing over $200,000 in cash. Much like the Dallas case, however, the attorneys attempting to prosecute the cases did not have their ducks in a row.

In the Houston case, a supporter of Ogg’s political campaign was supposedly looking to get the Houston clubs cleared by the Harris County DA. That supporter was allegedly paid over a quarter million dollars for his “efforts” and, after this information was revealed, Ogg had to drop the cases because of a conflict of interest.

Whether what needs to be done – an official legal determination that is backed by the state government – will happen is questionable. The Texas Legislature has shown little stomach for taking on gambling cases in its halls, leaving it to the local governments to figure out the legalities. As the Houston and Dallas cases are proving, it is tough to “put the toothpaste back in the tube” – the poker “clubs” and their legality – once you allow them to operate.