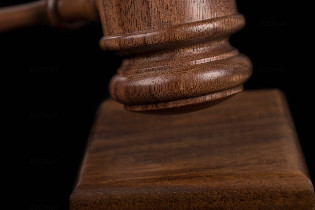 Sometimes a screen name is just so amazingly appropriate. Last week, Darren Woods, who was known by the screen name “DooshCom” in the poker community, was sentenced to prison for defrauding players on internet poker sites, including 888poker and the iPoker Network.

Woods, who hails from Healing, a town about halfway up the east coast of England, was sentenced to 15 months at Sheffield Crown Court and is required to pay £1 million in restitution within the next six months in order to avoid being hit with another six-year sentence.

Woods perpetrated his cheating scheme from January 2007 through January 2012, using his status in the poker community to his advantage. He was originally outed in September 2011 by fellow player on Two Plus Two, “feruell,” who was initially approached by Woods, a sponsored player on 888, and offered a rakeback deal. Woods also known as a very good player, competing mostly in high stakes, fixed-limit hold’em games. He was good enough to provide coaching videos for PokerListings.com.

Feruell first became suspicious of Woods when he saw one of Wood’s training videos and realized that he, feruell, was Wood’s opponent in the tutorial. Upon looking up the record of the game online, it turned out that Woods had used a different screen name that his usual one during that session, a major red flag, as players are only allowed to have one account.

As time went on, feruell and his high stakes poker friends began to see more strange things occur. A previously unknown weak player appeared at feruell’s table and after that player quickly got cleaned out, another appeared, and then another. It was readily apparent that they were all the same person. Over the course of about a month and a half, DooshCom was in every game that one of these players was in. Despite playing terribly, DooshCom was doing well in the games, as was one of the new players.

Things got more suspicious over time as it one of the new, unknown players continually tried to get feruell to play him heads-up at a short-handed table. Without fail, a few minutes after they would start, DooshCom would join. Without fail. On top of that, DooshCom would never sit right next to the other player, but rather keep a seat in between the two of them. This was clearly a strategic move, as they wanted a victim to sit in between them.

Long story a bit shorter, it turned out that Woods was the man behind all of these different accounts and was colluding with himself to take advantage of other players. He had setup computers in such a way so as to disguise their location from the poker rooms, making it look like all of the accounts were completely different people.

Eventually, Woods was charged with 13 counts of fraud, to which he initially pled not guilty. Not long after his trial began last October, though, he changed his plea to guilty on nine counts. He has had over £900,000 in assets seized, with almost a third of it already earmarked for the victims.

Woods also won a World Series of Poker bracelet in 2010 as an 888 sponsored pro. Knowing what we know now, his buy-in may very well have been the product of his cheating.