Home Did Phil Hellmuth Angle Shoot a Novice Player During a Live Stream? 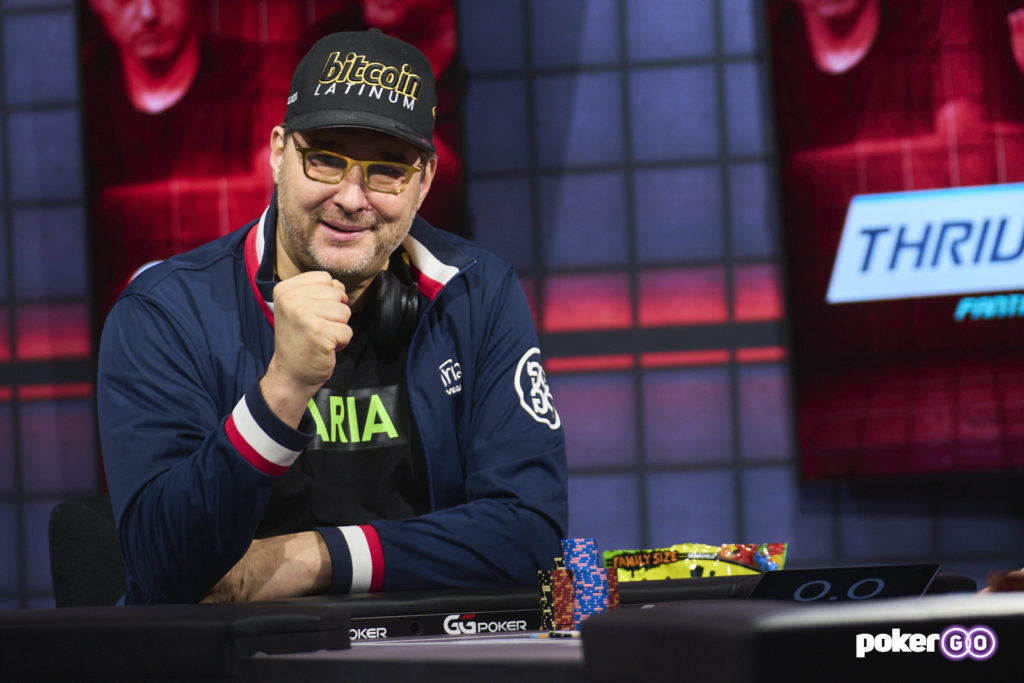 It seems like every week there is something going on with Phil Hellmuth. Either he does something amazing, fails miserably, or makes an ass out of himself. Yesterday, it was both (a) and (c), as he starred in the Hustler Casino Live Poker Show alongside influencers, streamers, and YouTubers such as Ninja, MrBeast, xQc, and Alexandra Botez.

There were several moments that people are talking about today, but the one that has stirred controversy came during a hand on the live stream between Hellmuth and a man who goes by the online handle “Slime Machine,” and hand during which it looks like Hellmuth was angle shooting the amateur player.

MrBeast folded, as one would do when facing a $35,300 bet with nothing, but naturally, Hellmuth had to think about it with top pair, middling kicker. And then the drama began.

“Fuck. I just have no idea what to do here,” Hellmuth said with a smile, not being able to get a read on his novice opponent. As he finished his sentence, Hellmuth slid his cards forward in what looked to virtually everybody a fold. Hellmuth then twirled his fingers in a signal to Slime to show his cards, as he himself flipped over his A-9.

Slime smiled, said “Excellent hand,” and showed his A-6. Hellmuth then claimed that he hadn’t folded and a bewildered Slime didn’t know what to do. In a gesture that he either genuinely thought was magnanimous or was used as a cover for his angle shooting, Hellmuth told Slime that he could take his bet back and just pay him $5,000, since Hellmuth had the best hand.

Slime obliged, but of course, when the dealer ran out the cards, a 6 showed up, which would have won Slime the hand.

Did he angle shoot?

The poker community has been arguing over the past 24 hours if Hellmuth folded or not. But in this case, the argument isn’t really whether or not he folded, but whether or not he was angle shooting in making it look like he folded when he had no intention of actually doing so.

From the video, it definitely looks like Hellmuth slid his cards forward in a motion that indicated a fold, even if he wasn’t intending to fold. The “flip ‘em over” gesture may have further cemented the fold in Slime’s (and everyone else’s) mind, as Slime even said that he had never seen someone show their cards when still in the hand. Again, remember that he is a novice player and is not used to non-standard behavior at the table.

The one argument being made for Hellmuth is that he was supposedly sliding the cards toward fellow poker pro Tom Dwan so that Dwan could have a look. Certainly not normal behavior, but perhaps in a casual game like this, even at these stakes, something like that is ok?

At the end of the day, the game was not only memorable for the angle shooting controversy, but also because Hellmuth got punked repeatedly by the amateurs in the game, finishing down $96,400. Alexandra Botez, a chess streamer, was the big winner, profiting $456,900.