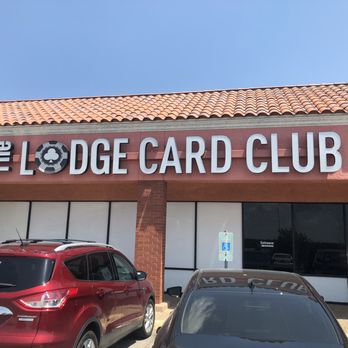 Texas, of all places, is in the news once again for its poker rooms (though I suppose it’s weird that the state hasn’t made the poker headlines more, considering the most popular poker variant is name after it). This time, it is unretired poker pro Doug Polk who announced on Tuesday that he and poker vloggers Brad Owen and Andrew Neeme have teamed up to buy a majority stake in Austin’s The Lodge Card Club.

The Lodge is the largest poker room in central Texas, with over 60 tables. It offers cash games around the clock and tournaments every day.

Polk said that he had been thinking about opening a card room in Texas, but in a YouTube video, admitted that he didn’t realize how many card rooms there were around the state until he moved to Austin. Their popularity surprised him. He realized that it made more sense to just buy into an existing business and he targeted The Lodge because it was already the biggest in the Austin.

Polk added that he and his team don’t plan to make massive overhauls, that those who have enjoyed playing at The Lodge won’t have to worry that it will become unrecognizable. He simply plans to make some improvements, to add to what is already working.

One event Polk specifically hyped is the $600 buy-in “Monthly Monster” tournament with a $500,000 guaranteed prize pool. It has two starting flights each day January 26-29; Day 2, the final day of the tourney, is on January 30. Polk believes it will be so popular that the prize pool could hit a million dollars.

888 Social closed under mysterious circumstances, leaving people still wondering what exactly happened. Many players kept cash on deposit at the poker room for the sake of convenience. Some also kept their chips to make it easier to buy back in on a return visit. Word was that another social club was opening nearby, so a bunch of players cashed out to try out the new place.

In early December, customers went to 888 Social, only to find it locked, with no communication as to what was going on. Many still had money in there that they couldn’t get to and, of course, those holding 888 Social chips had no way of exchanging them for cash. People were unsure how they would get their money.

Fortunately, now that the property has reopened as 101 Poker Club, it sounds like Vora is making sure everyone gains access to their funds.