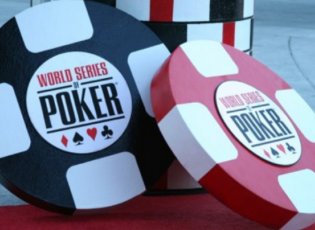 After an epic battle that went just over 200 hands, the United States’ Elio Fox defeated the United Kingdom’s Chris Moorman in heads up play to capture the championship of a record-breaking World Series of Poker Europe Championship Event.

At the end of play on Wednesday, the final table was determined through the elimination of two of the higher profile pros. First, Arnaud Mattern cruelly had his pocket Aces cracked when Fox’s pocket tens caught on the flop to knock out Mattern and Alex Dovzhenko (who held Big Slick). The hand would put Fox into the lead and usher Dovzhenko out in eleventh and Mattern in tenth place.

The tenth place finish for Mattern was his third consecutive cash in the WSOP-E Championship Event and each year he has improved his finish. In 2009, Mattern dropped from the tournament in 23rd place and, in 2010, the French pro left the festivities in twelfth. His tenth place finish in 2011’s version of the tournament bodes well for Arnaud’s next sojourn to the WSOP-E Championship Event.

After the double elimination, Finnish superstar Patrik Antonius was knocked out as the final table bubble boy. All in against Shawn Buchanan and Chris Moorman, Antonius could only watch as the flop came Q-7-4 with two hearts. After two checks from Buchanan and Moorman, a Jack was dealt that brought a check from Buchanan. Moorman decided not to wait any further, firing a large bet that Buchanan decided not to call. With action now heads up, Antonius turned up his A-10 for the gut shot straight draw and Moorman tabled pocket Aces. Looking for a King on the river to complete his Broadway, Patrik Antonius would instead see a nine, eliminating him in ninth place.

As the final table began on Thursday afternoon, the leaderboard looked like this:

The first elimination of the final table came just ten hands into play. Moorman pushed out a bet of 60K, only to see Silver three bet it to 165K. After a quick count of Silver’s stack, Moorman ramped up the aggression with a four bet to 365K, prompting Silver to move in his remaining stack, which Moorman called. Silver’s A-K off suit was racing against Moorman’s pocket Jacks and, once the board brought no surprises, Max Silver was out in eighth place.

After Silver’s elimination, the players settled into a grind that would see pre-flop raises take many of the pots. It would take 75 hands before the next player to depart, Jake Cody, was cruelly beaten. After a raise from Fox, Cody three bet the pot and Fox responded with enough of a four bet to put the Triple Crown winner all in. Making the call, Cody tabled his pocket Jacks, vastly dominating Fox’s pocket tens, until the board ran 8-7-6-9-6 to give Fox the straight and eliminate Jake Cody in seventh place. After winning the hand, Fox was in control of almost half of the chips in play.

A valiant Shawn Buchanan would be the next player to depart the Hotel Majestic Barriere, although he fought hard to improve his position. All in against Blain’s measly A-4, Buchanan’s pocket tens were in good shape until an Ace hit the river (to be honest, Blain had fourteen outs twice after a Q-3-2 all diamond flop and holding the Ace of diamonds). Still, Buchanan’s run at this year’s Vegas/Europe WSOP was quite memorable, with over $700,000 in winnings…but no gold.

After Blain was eliminated in fifth place, the final four players – and, in particular, Moorman and Fox – began to settle the proceedings. The 1-2 punch of Moorman and Fox began to eat away at the stack of Brian Roberts before Moorman knocked him out in fourth place. Fox would then take out Moritz Kranich in third to set up the heads up battle between Moorman and Fox.

Going into heads up play, Fox had built nearly a 2:1 lead over Moorman. Over the span of 27 hands, Moorman was unable to grind away any of Fox’s chips, instead giving up some of his own. On the 201st hand of the tournament, Moorman got his remaining chips to the center holding A-7, only to see Fox have him outkicked with an A-10. The 4-3-6 flop provided some excitement, but another six and an eight on the river sealed the championship for Elio Fox.

With the completion of the World Series of Poker Europe, the final pages for 2011’s World Series play will be determined next month, when the “November Nine” reconvene at the Penn & Teller Theater at the Rio in Las Vegas. For now, however, Elio Fox can bask in the glow of being the champion of the largest ever WSOP-E Championship Event.