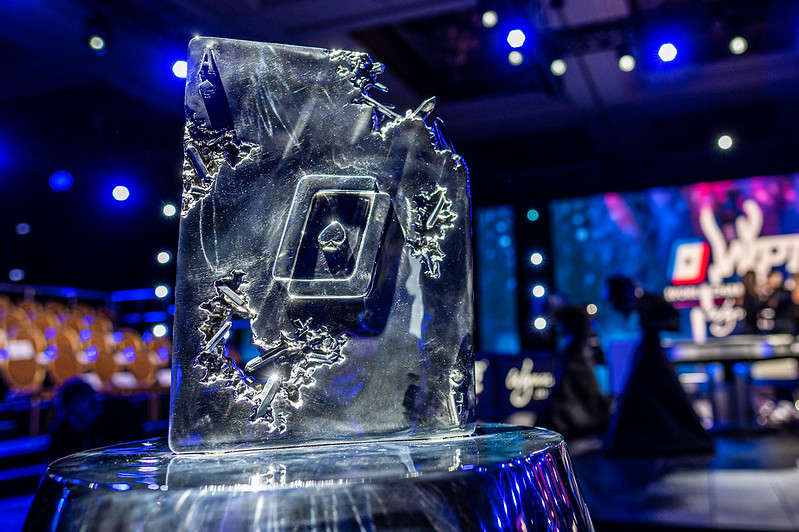 In one of the shortest World Poker Tour final tables we have seen, Eliot Hudon defeated Benny Glaser heads-up to win the inaugural WPT World Championship and an incredible $4,146,400 first prize. As it would be for most people, it is by far the largest cash of Hudon’s career – he had previously won just over $200,000 to this point in live poker tournaments.

Going into Tuesday’s six-handed final table, Hudon was in second place with 80.8 million chips and while that gave him about as many chips as the third through sixth players combined, he was still way behind chip leader Benny Glaser, who had 133.6 million. It looked like a two-horse race at best, but nobody expected what happened on the fourth hand of the final table.

In what was probably a bullying move with his massive stack (now up to 148.8 million), Glaser moved all-in under the gun with A-J. Hudon, who didn’t really want to tangle with Glaser that early, woke up with pocket Kings, so he pretty much had to call. Nothing higher than a 10 hit the board and Hudon had a shocking double up to 157.6 million, while Glaser fell to 72 million, which was still way ahead of anyone else, but certainly not the situation envisioned himself being in.

Hudon explained to WPT.com afterward what a surprise it was to have Kings in that spot.

“I was expecting to just look at a hand that was an easy fold and I saw kings and I had to look at it like five times to make sure that it was kings,” he said. “When I see (Glaser) with Ace-Jack (offsuit), which he’s going to have mostly an ace or a pair here, I was hoping it was more likely going to be a pair. It was an Ace and I knew I was ready to bust out. I was ready to just go out in sixth.”

“Now all of a sudden, I’m the one who’s got all the chips,” Hudon added. “So now I’m playing for the chips, the money, and the trophy.”

From there, the rest of the final table was fairly academic. Hudon doubled-up some smaller stacks a couple times, but overall, he kept building his stack, while Glaser could never find a path to build his back up to what it once was. Going into heads-up play, Hudon was ahead 228.2 million chips to 67.5 million.

Glaser did grab some chips back in the few hands that heads-up lasted, but it wasn’t enough. On the final hand, just the 55th hand of the final table, Hudon called pre-flop with 7-4 and Glaser checked from the big blind with Q-J. On the flop of 8-6-2 rainbow, Glaser checked, Hudon bet 2 million, and Glaser called.

The turn was a 9 (suits are irrelevant in this hand) and Glaser checked again, Hudon bet 8 million, and then Glaser check-raised him to 28 million. Hudon made the call to bring on a river 5. After a bit of thought, Glaser shoved for 59 million, bluffing with just Queen high. Unfortunately for him, Hudon had a 9-high straight, made the easy call, and won the largest event in World Poker Tour history.