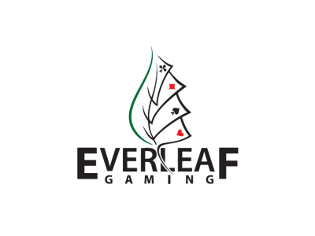 One of the heads of online gambling firm Everleaf Gaming was arrested last week, according to a press release from the Malta Lotteries & Gaming Authority (LGA). According to the statement, Michael Zwi Oros was charged with “misappropriation of players’ funds” as well as “before Magistrate Doreen Clarke charged with misappropriation of players’ funds. He was also charged for not paying outstanding gaming taxes and licence fees.” Magistrate Doreen Clarke released him on €10,000 bail, but he must remain in Malta and is required to check-in at the St. Julian’s Police Station each day.

In the press release, LGA Executive Chairman Joseph Cuschieri said, “Our key objective is to recover the funds owed to the players. We are committed to ensure that player funds are protected at all times and to this effect, the LGA will be taking concrete measures to strengthen its player protection mechanisms well beyond the benchmarks in Europe and other jurisdictions.”

The sad tale of Everleaf dates back to July 2011, when a little more than $27,000 in Everleaf funds earmarked for U.S. player cash outs was seized from the payment processor Causash Establishment. For an online poker room, this was not a large amount of money and the Causash was not a large payment processor. While certainly a setback likely stemming from the Black Friday mess three months prior, it probably should have just amounted to a small bump in the road. Instead, Everleaf withdrew from the United States market in February 2012.

Now, Everleaf was not the first online poker room to pull out of the U.S., but the way Everleaf did it was shady, to say the least. Rather than sending players their money, Everleaf told Americans that they could only receive their funds if they created accounts with a select few e-wallets such as Neteller and Moneybookers. Problem was, those companies had also withdrawn from the U.S. market. No worries, Americans, just open a bank account in another country. Yes, Everleaf suggested that, as well. Essentially, Everleaf told Americans to get bent while trying to make it look like it was helping them.

At the same time, Everleaf was messing with international players’ funds. In one notable case, a player attempted to withdraw €29,000 on February 27th, 2012, only to be informed that there were suddenly new rules which stated that players could only withdraw a maximum of €29,000 per month. That same player then also discovered in August that €50,000 had mysteriously disappeared from his account.

Long story short, the player figured out that an Everleaf insider had been the culprit. He contacted Everleaf over and over and over again, getting nowhere until Everleaf finally agreed to deposit €1,000 into his account every month until all the money was paid back. He got some of the money, but not close to the whole bundle.

The player also appealed to the LGA, as did many players from the United States in 2012 and 2013. The LGA, to put it lightly, dragged their feet, delaying a response for as long as they could in what appeared to be an attempt to just wait out the players in hopes that they would give up. The LGA even had the gall to accuse some players of being fraudulent, saying that they were just spurned affiliates of Everleaf. In late July 2013, the LGA suspended Everleaf’s gaming license, but at that point Everleaf was done and the LGA’s action was obviously meaningless.