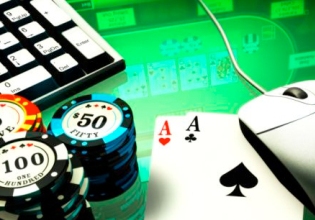 Around the noon hour EST on Thursday, players logging on to one of the many skins of the Everleaf Gaming Network were greeted with a pop-up detailing the updated Terms and Conditions of the network. To the shock of those who actually read through them, it appeared that residents of the United States were now excluded from the previously U.S.-friendly network. Unfortunately, that was exactly the case.

A few hours later, after much speculation and fretting, a representative from one of the Everleaf member poker rooms, Minted Poker, posted on the Two Plus Two poker forum to confirm the bad news. “MintedNeil” wrote, in part, “I have just come from a conference call with one of the directors at Mintedpoker who has been liaising with the network until late this afternoon, a communication will be released tomorrow that will state that the network will no longer be able to facilitate US players.”

He went on to say that when the network lost a U.S. payment processor a few weeks ago, some of the funds for which the processor was responsible were frozen by the United States Department of Homeland Security (DHS). The DHS has since sent a “cease and desist” letter to the network, threatening legal action if it continues to offer games to Americans.

“The network owners have today sought legal advice and also met with the LGA, the Maltese Licensing Authority, who have advised them that due to the nature of the threat and the current climate, the network needs to withdraw its services from US customers,” Neil said, adding, “I really understand how this will worry our players especially those in the US, but I also wish to reinforce that ALL monies held by ALL poker players, US and rest of world, are secure and ring fenced.”

He said that talks are beginning with the DHS to make sure the frozen funds are returned to players and to lay out a plan so that all U.S. players will be able to cash out smoothly. European players can go on playing at Everleaf and will now use Euros at the tables rather than U.S. dollars.

Concluding his message, Neil wrote, “I know my feelings wont [sic] help anyone effected [sic] really, but I also wanted you to know that personally I am gutted! Not for Mintedpoker we can continue, as a European based poker room, but for the thousands of American players who have quite happily supported us and made Mintedpoker their home.

“Poker has been part of my life for 20+ years and I was introduced to it in the USA, it seems wrong to me that the people of the US are now forced into non participation or one with a narrow choice of participation.”

The Everleaf Gaming Network ranks as the 28th largest online poker network or standalone room in terms of cash game traffic according to PokerScout.com, despite being comprised of 125 rooms. With a seven day average of just 375 cash game players, it is in danger of dropping behind win2day, which has 340. Depending on the extent of the damage from the loss of U.S. players, it could potentially stay in the top 30, as the Finnish government-run Ray.fi has a seven day average of only 210 players.

The effects of the business decision can already be seen in Everleaf’s numbers. While PokerScout does not provide a history of the daily changes in the seven day cash player average, it does offer up a chart of each day’s peak numbers. On Thursday, February 9th, the day the news broke, Everleaf enjoyed one of its best days of the year, topping out at 873 cash game players. The following day, that dropped to 738, and by Saturday, its peak was just 651, its worst since New Year’s Day. If one does not count Christmas Eve, Christmas, New Year’s Eve, or New Year’s Day, Saturday was Everleaf’s worst peak number out of all of PokerScout’s available dates, which go back to December 13th.