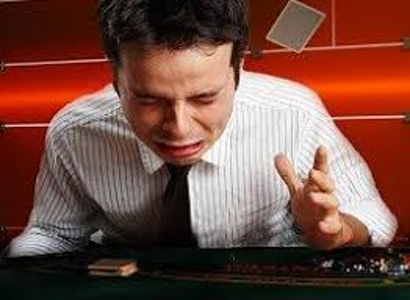 Everyone has different standards of what constitutes success in the world of poker. For some, it is the ability to hold their own in a cash game in a casino. For others, it is playing on the most difficult tables in the world and stare down the most hardcore professionals imaginable. For more yet, it is the ability to make money at the game, be it as a second income or to make a living. But there are those, however, who simply say “I suck at poker,” and never really examine the situation. Here’s five things to look at if you’ve asked yourself this question.

WHY ARE YOU PLAYING?

For some, the reason they are coming to the table is the first problem. Without knowing why you’re there, you can’t have a firm philosophy on how to go forward. You should ask one honest questions of yourself…why are you playing?

If you’re playing for recreation and can afford to lose a bit of $, then there isn’t a problem. You’re enjoying yourself and, if that money lost isn’t critical to your everyday life, walk away and simply partake in the game when you want to. The problem might set in if you’re looking at poker as a second income or if you’re looking to be the next (insert poker “professional’s” name here). If that is the case, then you must move onto the next stage of questioning.

ARE YOU STUDYING YOUR CRAFT?

If the latter is the case, what time and effort are you putting into reading about the game or watching training videos? The carcasses of people who think they can just waltz into a poker room and dominate the game litter the roadside of the poker highway because they weren’t prepared for the game. Without adequate study, you will be a consistent loser at the game of poker. If you aren’t thinking about the game – and it can be for a few hours a week (if you’re a part-time player) or as much as 6-8 hours a week or more (if you’re considering it your main method of income), then there are going to be plenty of problems for you.

If you are putting in training and/or reading, then it could be a question of your bankroll.

Players will have different temperaments when they are staked appropriately. If they’ve got enough money to weather the variance that occurs in the game, then they will make the appropriate plays at the table. Likewise, if a player is putting too much of their bank on the table at any one given time, there are likelihoods that they won’t be willing to pull the trigger when they need to.

Additionally, the stakes that a player is playing for can cause issues. There is a tremendous difference in playing $1/$2 No Limit Hold’em in the casino versus playing even $5/$10. A comparison online might be the difference between playing $.01/$.02 and $1/$2. It may be a mental issue, but the strategies and actions at the higher levels could lead to a player playing less than optimally.

The essential question is are you playing too high a stake for your bankroll, thus causing you to play “scared” rather than at your optimum? Or are you putting up too much of your bankroll, trying to play to keep the money in the stack rather than playing the aggressive game necessary to win?

Some players can keep their minds on the game through anything. There could be a GWAR concert going on in the card room, a bare-knuckle brawl 30 feet off to the right and Sofia Vergara cooing sweet nothings in his ear (or, for the ladies, Matthew McConaughey nibbling on your neck) and that player would be able to maintain the concentration to be able to make the correct decision. This is an ability that successful players have – the ability to keep their mind in the game – and it is something that keeps other players from being successful.

Those that are easily sidetracked by what goes on at the table (be it on tilt from a beat or a conversation going around) or by what might be on one of the televisions around the room (plenty of poker rooms have scores of televisions, normally tuned to sports) are not going to be able to mentally process the actions at the table. This distraction will cause missed actions by opponents, tells, or other opportunities that a player might be able to exploit if they were paying attention. By tuning out the televisions and other distractions, a player can increase their chances in making the right decisions.

If you’ve covered all the previous areas, then there’s a chance that yes, you do suck. But it isn’t the end of the world.

In most cases, those players who aren’t very good have been playing too much by “feel.” While sometimes a gut instinct can be a good thing, players who lean too much on the “feel” area can have extremely wide swings in their game. A player can have a great deal of success initially at the game and, once that rush cools off, suddenly cannot make a correct decision to save their poker life. If that is happening, then it is time to go back to school and the start of this article. With hope, that player who is saying to themselves, “I suck at this game,” can go about getting the right background to be able to get better.