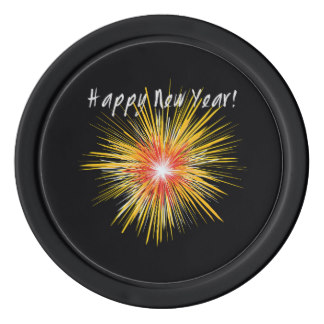 The confetti have been cleaned up, the noisemakers have been put away and some are nursing off the remainder of the hangover they acquired from their New Year’s Eve celebrating. Now it is time to start thinking about the New Year and what it has to offer. How do you make it better than the previous one? One of the best ways to do it is to have a concentrated plan of attack.

Whether it is your personal life or your poker one, it is always a good idea to have a plan to, at the minimum, put your best effort forward for the next year. Sometimes these things can be grand or sometimes they can be simple. But it is important to have some sort of idea of the things you want to achieve in the coming 365 days. With this thought in mind, here’s five ways you can start your poker year on the right foot.

You normally have two ways you can go about playing poker – online or live. Then there is a subset of that which also comes into play – what games you’re taking a shot at. One plan cannot cover it all, thus you must have different plans for different disciplines of the game.

When it comes to live and online poker, set separate goals for each side of the equation. If you want to concentrate more on the live arena than online, make sure to plan accordingly for being in a cardroom or casino. Poker rooms normally have a monthly schedule that offers their tournament plans for the month and, once you look over that, then you can plan when to play (if tournaments are your thing). Likewise, you must set some time aside in your home life to jump online to play. Setting a plan to play X hours a week is a start, but don’t be afraid to adjust that total.

As to the different games offered, that is more difficult live than online. If you’re goal is to become a better Stud player, casinos don’t spread the game much anymore. You can always go to the casino and request a spread, but sometimes a better idea is to find a good home game to hone the talents. Nowadays Omaha is the rage, so some players may be more willing to step into that game. Online, it is easy to find a game – finding the stakes you’re comfortable at is another thing!

BE REALISTIC WITH GOALS

It is always nice to dream about what you want to do in poker, but the adage “you have to walk before you can run” is key here. Thinking that you’re going to hock everything you have in life and jump into the Super High Roller circuit and battle Fedor Holz, Stefan Schillhabel, Justin Bonomo and Company is a nice dream, but it isn’t a realistic goal.

When you start a year, set those goals so that they will make you work, but that they aren’t impossible to achieve. If you want to play more poker, set an hourly limit you want to meet each month. If you’ve got plans to use poker for a second income, set a monthly rate that you’d like to make. And if you meet that goal on a regular basis, then it is time to move the goal up, which is our next tip.

DON’T BE AFRAID TO ADJUST

When you’re trying to meet certain objectives, it is key to have the ability to reassess the situation and adjust those goals. Perhaps you’ve set the number of hours per week you want to play a bit too high, or you’ve set the goal too steep for what you want to make in an hourly rate per month. The smart thing to do is to be able to adjust that goal rather than keep banging your head against a wall.

By making the adjustment, you aren’t admitting failure. You are instead making a key decision to continue to work at your game and finding the more realistic goal that you can meet. Once you’ve made the adjustment, you might find it is still a challenge to meet that new goal but, once you do, you’ll have the feeling of accomplishment and the ability to drive on to where you might have set that goal previously.

In an online forum the other day I saw someone ask, “Is it worth it to record your stats from each time you play poker?” Anyone who answered anything other than “Hell, yes!” isn’t taking the game seriously and might even question their advice in the game. If you are looking to improve your game or to demonstrate how well you play the game, accurate record keeping of ALL sessions is critical to your growth.

It can be something as simple as a notebook or, in this digital age, an Excel spreadsheet. You want to record the date and time you played, the game you played, its format (Tournament? Cash game?) and its stakes, your starting stake and your finishing stake for that session of play. You can add in other areas like how you felt or key hands that came up and how they played out, but the important data is the financials. By doing this, you’ll be able to accurately detail out whether you’re successful or not in your poker endeavors.

AND BE HONEST WITH YOURSELF! It doesn’t do any good to record these sessions and log a nice run of positive finishes, only to leave off that session where you donked off half your bankroll when you were drunk.

Even though you may not meet your goals, even though you may lose every coinflip, even though it may look bleak…DON’T QUIT! Poker is a long-term game and, as such, the performance is best examined over a lengthy period. One week does not a success make, and neither does one month or one year. In 2000 Daniel Negreanu, the all-time leading money winner in poker, made a paltry $75,594 from tournament poker. He could have quit, but he didn’t – he kept working at the game and, over the past decade, has net earnings from tournament poker of around $8 million. He also broke even for 2017…remember that when you’re setting your goals!