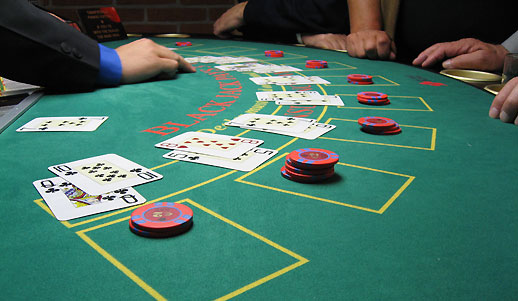 I’ve never committed any crimes (at least I don’t think I have), but if I committed multiple ones, I would be relieved to only be arrested and charged for one of them. Emily Torres, a former blackjack dealer at Seneca Buffalo Creek Casino, probably felt that way this summer when she was arrested for helping customers cheat. Unfortunately for her, she is now facing new charges for additional crimes police have discovered.

Torres was first arrested on August 16, when she arrived at the casino for work. The previous night, she helped two men win thousands of dollars at the blackjack table by showing them cards during hands. Mark Watson won almost $5,300 in just over two hours, while Rahat Hossain won just over $2,100.

All three people were charged with first-degree gaming fraud, which is a felony. Had the amount of money been under $1,000, they might have been able to escape with a misdemeanor.

And now there’s another case against Emily Torres. Clearly she wasn’t dealing anymore blackjack, so it has nothing to do with a new crime. Instead, authorities figured out she engaged in the same cheating scheme just a few days before the incident for which she was arrested in August.

On August 10, Torres allegedly showed Jordan Mack face cards from the deck 62 times, helping him win more than $5,700 at the blackjack table.

According to The Buffalo News, Torres is now responsible for more than doubling the number of times someone was arrested for gaming fraud in New York state since the beginning of 2017. Before these incidents, only four people were arrested on such charges from January 2017 to June 2022. Torres and her cheating blackjack players add five more to that count, four if you only count her once.

It will be interesting to see if the police and casino security find any more times that Torres helped blackjack players cheat. There is no reason to think that she didn’t do it on more occasions and simply was not caught. That is, of course, unless police have looked at all of the security footage already.