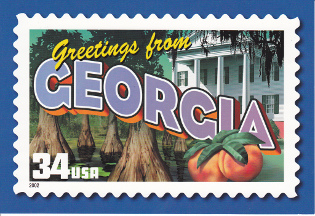 As a Georgian for 18 years now (dear lord, I’ve lived here a long time), I have never been able to play poker in a proper casino without flying across the country or driving several hours to a neighboring state. No, this hasn’t ruined my life or anything – I can do without just fine – but you know, it would be nice, wouldn’t it? With a lot of luck, there is a chance that I may get what I’ve been searching for within the next few years, as State Senator Brandon Beach told the Atlanta Journal-Constitution that he will soon be introducing a pair of bills that would legalize casino gambling in Georgia.

This has been tried before, as recently as within the last couple years, and while lawmakers gave it more serious thought than one might have expected here in the Bible Belt, the bills ultimately didn’t get very far. According to an AJC poll, though, 56 percent of registered Georgia voters support casino legalization, so maybe there is hope.

There are a number of reasons why Beach and others want casinos in the state. Without even knowing anything about Georgia, you might guess that they want to keep residents from spending their gaming dollars out of state, and you would be correct. Atlanta, specifically, is also a big convention city, so having a resort-style casino here could help draw more events, or at the very least, get visitors to go out and plunk down some cash during their downtime.

The biggest goal for gambling proponents, though, is to help fund the state’s HOPE Scholarship, which was created in 1993. The HOPE Scholarship helps students who earn a 3.0 GPA in high school pay for tuition at in-state colleges and universities (private or public). Over the years, it has become such a popular program that it has become harder and harder to actually fund the scholarships. Dollar awards have decreased and recently, “academic vigor” standards have been put in place to make it more difficult to earn the scholarship.

The HOPE Scholarship, along with public pre-K programs, is funded by the Georgia lottery. The idea with casino gambling is to divert most of the gaming tax revenue to the HOPE Scholarship to fill in the gaps that the lottery isn’t covering anymore.

In Beach’s plan, Georgia would be divided into four zones: from I-20 (which runs through the middle of Atlanta east to west) to the north, Coastal Georgia, Southern Georgia, and Middle Georgia. The bill would authorize the construction of five resort-style casinos and one horse track. The “primary” casino would require a $1 billion investment from the operator and would have to be built within 25 miles of Atlanta Hartsfield-Jackson International Airport. The other four casinos would require $250 million investments and would have to be built at least 50 miles away from the primary casino. The horse track would require a $125 million investment.

The casinos would be taxed 12 percent of gross gaming revenue.

It will take quite an effort to get this to pass. Two-thirds of both the House and Senate will have to vote for it, just to get to Governor Nathan Deal’s desk and he is against casino gambling. If it gets all the way through, it will then be put on the 2018 ballot for residents of the state to vote upon. And then, even if Georgians give it the ok, the cities and counties that want a casino will have to let their local residents vote on whether or not they want a casino neighbor. Only after all of that can construction start.