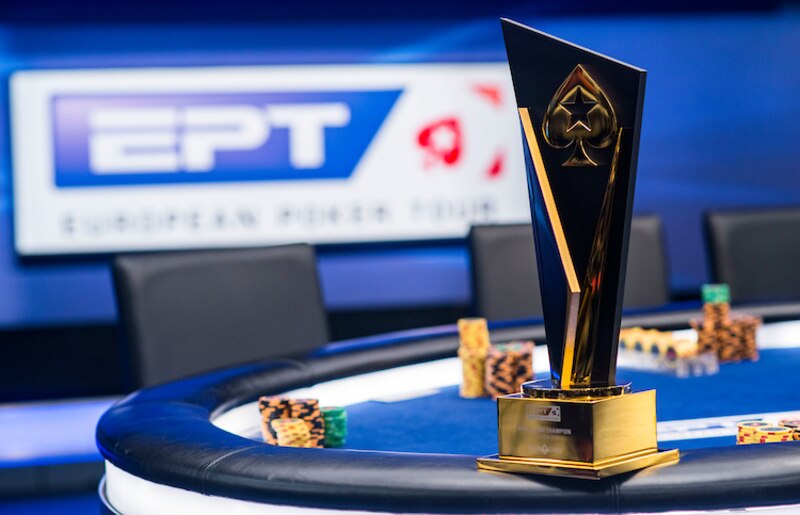 Note: This article was originally published 8/22/22, but technical issues required it to be re-posted.

We’re going to start this out with a potent poker cliché: “a chip and a chair.” And even though it’s a cliché, it can be a wise mantra for any poker player. You are not out of a tournament until all your chips are gone. As long as you have chips, you still have a chance. Giuliano Bendinelli understands this better than anyone right now, as he won the 2022 European Poker Tour Barcelona Main Event on Sunday after being down to just one big blind earlier in the day.

“I can’t believe it. It’s the best day of my life. I’m speechless,” Bendinelli told the media after his victory.

As for his gigantic comeback, the timing obviously could not have been better. To that end Bendinelli said, “I can’t believe it happens today, in the most important day of my life.”

Bendinelli thanked his native Italy and his mom and dedicated the win to his father.

He was in decent shape going into the six-handed final table, holding 10.7 million chips. That only put him in fourth place, but the leaders Patrick Jaros and Kayhan Mokri were within sight, with 14.975 million and 14.575 million chips, respectively. In fact, only one player, Jimmy Guerrero, was truly short-stacked at 5.1 million.

Guerrero hung tough, getting his chips all-in with A-K against Bendinelli’s A-Q about three hours into Sunday’s action. He doubled-up and it looked like it was curtains for the eventual champ, as he was down to a single big blind. The poker gods were clearly on Bendinelli’s side, though, as he tripled and doubled-up shortly there after to give himself a shot.

Interestingly, it was the two chip leaders who were the first to be eliminated at the final table, Mokri in sixth place and Jaros in fifth. Later, Bendinelli wiped out Fabiano Kovalski with tens versus eights, and after being down to the felt, he was now in the lead.

Bendinelli also knocked out Neville Costa in third place and went into heads-up play against the former short stack and the man who almost eliminated him Jimmy Guerrero, with a 2-to-1 chip lead.

Though the amount on the table paled in comparison to the prize money each player had already locked up, they competed like there were millions at stake. It took almost three hours for Bendinelli to clinch the victory, doing so with a made-for-film hand: quads over a full house.