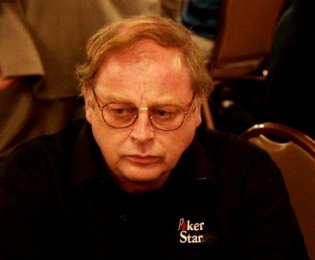 Following the completion of their first tournament of 2013, the International Federation of Poker has announced that the organization’s only president, noted poker author and general Renaissance man Anthony Holden, has stepped down from his leadership role with the group.

A meeting of the board of directors accepted Holden’s resignation and immediately set about electing a new leader for the organization. After the vote, Patrick Nally was named as the new president of the IFP. Nally, a British entrepreneur and consultant who has led a revival in sports marketing for such events as the 2010 FIFA World Cup in South Africa and the Olympic Games, paid tribute to Holden after being named the new president of the IFP.

“On behalf of the entire IFP Board I want to thank Anthony Holden and pay tribute to his four distinguished years as IFP’s founder President,” Nally stated during the announcement of the changeover. “Without his reputation in the poker world and his wide range of contacts we would never have been able to get IFP off to such a terrific start. We will miss him very much.”

Holden will not be leaving the IFP entirely, however. The Board of the IFP has asked him to take on a new role as Ambassador for the organization and Holden accepted. In addition to those new responsibilities with the IFP, Holden is reportedly moving back to his literary roots, which include seminal poker books, as well as working on his memoirs.

The list of accomplishments during Holden’s tenure as the IFP president has been nothing short of outstanding. From the inception of the organization in Lausanne, Switzerland, in 2009, Holden has served as the president, leading the group through its formative stages. He has pushed for the group’s inclusion into the Mind Sports Olympics, which feature such activities as bridge, chess and draughts, and increased the membership of the IFP from its original seven member national organizations to almost 50 as he leaves office. It is expected that membership in the IFP will increase to nearly 75 countries by the end of this year.

In addition to guiding the IFP through its “baby steps,” Holden has also pushed the “skill” aspect of the game through the development of a patented tournament format. Match Poker, which all IFP tournaments are played under, is a form of duplicate poker where players are awarded points for how they played certain pre-set hands against others who have the same situation. In 2011, the first ever Nations Cup was contested using this format, with Team Germany walking away as the victor. At that same event, Holden oversaw the first-ever IFP World Championship, affectionately called “The Table,” which was won by Raul Mestre of Spain over Victoria Coren of the United Kingdom.

In his final act as the president of the IFP, Holden was on hand for the European Nations Cup, which was contested last weekend in Paphos, Cyprus. Drawing teams from Bosnia and Herzegovina, the host Cyprus, Denmark, Estonia, France, Hungary, Ireland, Lithuania, the Netherlands, Poland, Russia, Serbia, Spain and the United Kingdom, the event was unique in that it was entirely contested over smartphones. Each player was issued a smartphone at the start of the tournament and all action was carried out over those devices; because of the use of the smartphones, the entirety of the action was able to be recorded and is available on the IFP website.

After three days of competition Team Ireland, captained by Eoghan O’Dea and featuring such players as Dermot Blain, John O’Shea, Cat Taylor, Dara O’Kearney, Mick Graydon and Padraig Parkinson, were able to vanquish Team Russia to take the European Nations Cup championship. Finishing in third was Team Spain, while the United Kingdom, Estonia and a surprising Cypriot squad rounded out the six qualifiers that will move on to the next Nations Cup competition that will be held later this year.

As the IFP moves forward without the only president they’ve ever known, Nally seems to be ready for the arduous job that awaits him. “I’m very pleased that the board has given me the honor of serving as President of IFP,” Nally concluded the announcement of the change. “We have many exciting challenges ahead, following on from our success at the European Nations Cup in Paphos, and our revolutionary use of smartphone technology. Such innovations take poker into a new era and I look forward to even greater success in the future as we build on the achievements of the past four years.”