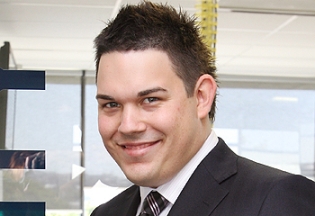 Australian native Daniel Tzvetkoff was arrested and charged with money laundering, gambling conspiracy, and bank fraud in conjunction with his role of operating an internet gambling payment processing outfit, according to the Dow Jones Newswire.

Tzvetkoff was picked up in Las Vegas on Friday and faces charges of laundering $500 million in funds destined for internet gambling sites. Last June, Kolyma Corporation AVV sued Tzvetkoff’s payment processor, Intabill, for $52 million. Intabill allegedly largely handled online poker-related transactions. The lawsuit was filed in Australia. Intabill had at one point amassed more than 5,000 customers spread across 70 counties and took in as much as $1 million per day.

The Dow Jones Newswire noted that the U.S. Attorney’s Office brought on the legal action, which centers on “hundreds of millions of dollars in transactions with U.S. gamblers between February 2008 and March 2009.” Rather than file these transactions as being associated with internet gambling, Tzvetkoff reported that the cash was being used for “repayments of short-term loans, transfer of funds to prepaid debit cards, and e-commerce purchases.” Tzvetkoff opted out of the business in March 2009. The news report did not indicate why Tzvetkoff was in Las Vegas, although he was rumored to have a house in Sin City. He now faces up to 75 years in jail for his transgressions.

Details of Tzvetkoff’s life began to be known in a May 2009 article that appeared in the Courier-Mail, an Australian news outlet. Tzvetkoff purportedly owned numerous luxury cars and a $29 million house. The media outlet claimed that half of Intabill’s business was related to internet gambling and the company owed PokerStars and Full Tilt Poker, the industry’s two largest online poker sites, a combined $25 million. Intabill also owed $3 million to Absolute Poker and another $2 million to Golden Palace.

Tzvetkoff soon began downsizing, citing credit card charge back issues and the overall worldwide economy. In January, Tzvetkoff filed for bankruptcy and was in the midst of addressing a $100 million lawsuit by his former business associate Sam Sciacca. On how his vast real estate holdings had fared, the Courier-Mail detailed, “The six-bedroom, 10-car garage mansion on four beachfront blocks was sold last November by receivers for $17 million – $10 million less than Mr Tzvetkoff had paid for the property only five months earlier.” He’s now just 27 years-old.

A source at a major online poker room who wished to remain anonymous told Poker News Daily that he was surprised to hear of Tzvetkoff’s arrest by U.S. officials: “He was going to get caught somewhere by someone. I’m just surprised it was in the U.S. by the Feds. Given the level and scale of the crimes he committed not only in the U.S., but also stealing from the online poker rooms, it would be the last place in the world he should be.” The Southern District of New York appears to be behind the action. The same U.S. Attorney’s Office has been behind other prosecutions related to internet gambling.

Last August, Douglas Rennick, who fronted the payment processor Account Services, was indicted on similar charges. Rennick is a Canadian and the Southern District of New York seized over $30 million in funds destined for online poker players prior to the indictment. Rennick and company processed about $350 million. One month later, Forshay Enterprises, Electracash, and HMD became the targets of federal investigations in Maryland. Now emerging is a rumored grand jury investigation of Full Tilt Poker, which, according to the Financial Times, fingers site pros Howard Lederer and Chris Ferguson.

According to the Courtier-Mail, Tzvetkoff’s bail hearing is set for Wednesday. We’ll keep you posted on the latest legal developments right here on Poker News Daily.