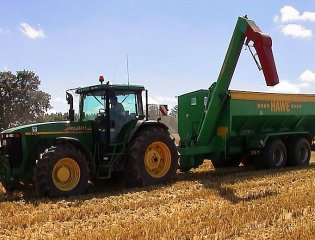 In breaking news from the Midwest, a bill in Iowa that would have created an intrastate online poker market appears to be dead for the foreseeable future. According to the Associated Press, “Sen. Jeff Danielson, a Cedar Falls Democrat, said lawmakers couldn’t agree on the bill. It will instead be amended to request a report from the Iowa Racing and Gaming Commission.”

Danielson told the Associated Press, “I just think people need a clearer picture of the evidence and I don’t think they’re ready in this session to legalize it. So we want to give them the best information possible as we go into next year.” The bill is numbered SB 458 and Danielson served as its primary proponent.

The intrastate online poker bill passed with a 9-6 vote. By the time it reached the Senate, however, many of the standard objections to internet gaming were in play. For example, one Republican told the Associated Press on Friday, “The expansion of gambling and the lack of absolute security that an underage person couldn’t obtain the code of the parent and so forth is probably my biggest objection.”

What will it take for lawmakers in Iowa to consider a bill to bring internet poker to life? The Associated Press speculated, “Danielson said if legislators have a clearer picture of how many Iowans are now playing online poker illegally, they would be more apt to look at regulating the practice next year.”

The news marks the latest hiccup in the movement to legalize internet gambling and online poker at both the state and local levels in the U.S. At the beginning of March, New Jersey Governor Chris Christie vetoed a bill that would have created the nation’s first intrastate internet gaming market.

In doing so, Christie put the onus squarely on the legislature: “If the legislature believes that expanding gambling outside of Atlantic City is in the best interests of the State of New Jersey, it should place the question on the ballot for the voters to decide.” No override of Christie’s veto took place and the New Jersey Senate and Assembly have, to date, not taken up the issue.

Nevada, meanwhile, has become the hotbed of online poker discussions after the introduction of AB 258 by Nevada Assembly Majority Whip William Horne. The bill, which is backed by PokerStars according to the Wall Street Journal, has seen casino outlets like Caesars Entertainment and MGM Resorts come out against it in favor of a Federal licensing scheme.

AB 258 does not allow discrimination by Nevada officials based on whether a room currently or formerly served the U.S. market, which could greatly benefit sites like PokerStars and Full Tilt Poker. Moreover, AB 258 would allow the state of Nevada to “enter into compacts” with other jurisdictions regarding online poker.

Discussion of AB 258 took place about 10 days ago, but no vote has been scheduled.

One Iowa lawmaker commented to the Daily Iowan on Friday that SB 458 was “on life support.” However, the same news outlet gave a little hope as to its future: “A bill that if passed into law would make Iowa the first state to legalize online poker is still alive after surviving the funnel deadline in the legislature this week.”

When we’ll see the first intrastate internet gambling bill signed into law remains to be seen. Keep it tuned to Poker News Daily for more developments.