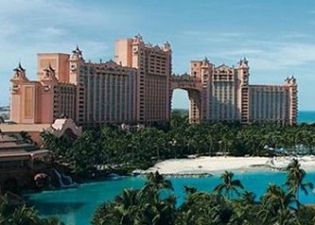 After fighting back from the short stack on Thursday and hitting a two outer to make his way to the final table, John Dibella emerged as the champion of the 2012 PokerStars Caribbean Adventure Main Event late Friday night, defeating Kyle Julius in heads up play.

The eight players who came to the felt Friday afternoon were led by Faraz Jaka, who seemed to be atop the leaderboard for much of the event. While Jaka was in the lead, it was a slim one, as only 122,000 chips separated him from the second and third place competitors, Julius and Xuan Liu. Dibella began the action on Friday as the fifth place stack, holding three million chips less than Jaka did.

Over the first level of play, Liu had the most difficult time as she lost almost half of her chips. In a particularly key hand, Liu raised the pot with pocket fours, only to find Julius next to her with pocket Queens. After Julius called her raise, a tricky K-9-7 rainbow flop came, causing Liu to put in a continuation bet. Julius called again and, after both checked the three on the turn, saw an eight on the river. Liu checked the action to Julius, bringing out a 420K bet from Kyle. Xuan decided to take a stab at the pot with a check raise, but Julius didn’t believe her, making the call and taking the pot.

Dibella was making small moves at this point and, by the end of the first level, had pulled into the third place slot. Jaka and Julius were still the pacesetters of the field, while David Bernstein and Mark Drover brought up the rear of the pack.

The first elimination of the tournament was a surprising one, as the player who was eliminated was one of the bigger stacks to start the event. Ruben Visser, after doubling up Drover when his A-J couldn’t catch Drover’s A-Q, would end his tournament on the very next hand. After a raise from Julius (holding A-Q), Visser found pocket sixes on the button and shipped his remaining chips to the center of the felt. Julius made an immediate call and the duo were off to the races.

The race didn’t last long; a Q-2-K flop moved Julius into the lead in the hand, leaving Visser looking for two outs to survive. The turn seven and river eight didn’t bring one of those two outs, knocking Visser (who came to the final table in fourth place) out of the event in eighth place and moving Julius into the lead.

Dibella’s stack continued to grow as play continued, as he was responsible for knocking Bernstein out of the event in seventh place when his pocket Aces held up against Bernstein’s pocket fours. Liu was able to get a bit healthier when she was able to eliminate Anthony Gregg in sixth and, barely an hour and a half into the final table action, the final five players were determined.

Over the span of the next couple of hours, several players took the helm as leader of the tournament. First it was Liu (taking a big pot off of Jaka), then Julius (also defeating Jaka). Jaka, however, kept up his rapid fire pace and took his place atop the leaderboard again when he eliminated Drover in fifth place. In beating Drover, Jaka became the first player over the ten million chip mark.

At this point, Jaka and Julius were neck and neck for the chip lead, with Liu in third and Dibella sitting on the short stack. Dibella, however, would find a key double up against Jaka when he pushed his stack in with pocket fours following a raise from Jaka. Jaka made the call, tabling a dominating pair of Jacks, but the board didn’t cooperate. A four came on the flop and, once no Jack came on the turn or river, Dibella became a contender for the crown and Jaka became the short stack.

By the time the foursome went to the dinner break, Julius had been able to overcome Dibella as well as Jaka. Julius, sitting on more than 14 million chips, held twice the amount of Jaka and almost 2 ½ times the chips of Dibella. Liu, for her part, was in dire straits with just shy of four million in chips.

Following the dinner break, the pace of action picked up. On the first hand back, Liu pushed her chips in with an A-7 of diamonds and found a caller in Jaka, sitting on A-6 off suit. The flop couldn’t have come any worse for Xuan; the 3-A-6 fanned out, giving Jaka two pair and leaving Liu looking for one of the three sevens left in the deck. Although a five came on the turn to give Liu a chance at a gut shot straight as well, a river deuce wasn’t what she was looking for, eliminating Xuan Liu in fourth place.

Jaka held the lead following his knockout of Liu, but it would be the last of his glory for Friday. As three handed play proceeded into the night, Dibella slowly grinded up his chip stack to take over the chip lead, while Julius went for the big double up through Jaka.

After a Julius raise to 700K, Jaka made a three bet to 1.85 million. Julius paused momentarily before making a four bet, bringing a five bet all in from Jaka. Julius immediately made the call, tabling a dominating A-K against Jaka’s K-J, and the flop ended all drama. The 7-A-K flop virtually ended the hand and, once the nine came on the turn, Jaka was drawing dead. The monumental moved Julius into contention, while Jaka was left with only 1.35 million. A few hands later, Julius would finish the job, eliminating Jaka in third place.

Prior to the start of heads up play, Julius and Dibella discussed and completed a deal, giving each player $1.5 million and leaving the remaining $275,000 and the PCA Main Event trophy to play for. Holding a five million chip lead, Dibella took just about an hour to finish the night.

From the start of heads up action, Dibella was never seriously threatened, extending his lead to nearly 5:1 after a half hour of play. On the final hand, Julius made a raise with a 9-6 off suit and Dibella came along with his 6-5 of clubs. An A-Q-3 (two club) flop brought another bet from Julius, which was called just about as quickly by Dibella. After both players checked the eight on the turn, the ten of clubs on the river brought the fireworks. Dibella bet out at this time with his flush, one million chips, and Julius chose an inopportune moment to try to bluff. After Julius’ all in push, Dibella calmly made the call, tabled his hand and was the champion of the PCA Main Event.

Although the Main Event has been completed, there is still a bit of unfinished business at the PCA. The $25,000 High Roller event’s final table will play out on Saturday, with former World Champion Jonathan Duhamel in the mix. Duhamel has made four final tables in side events at the PCA, including the Super High Roller, and he heads into today’s final table behind only Jason Koon. Other players in the mix include Nicolas Fierro, Isaac Haxton and Randy “nanonoko” Lew.