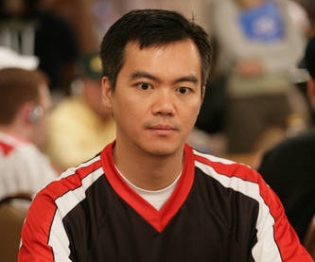 Phil Hellmuth was so close to winning his 12th bracelet on Saturday night you could virtually hear the cork pop on the Dom Pérignon. Hellmuth absolutely punished the final table of the $10,000 No Limit 2-7 Draw Lowball Championship to reach heads up play with another legend of the game, John Juanda. The “Poker Brat” had eliminated superstars like Joe Cassidy, Nick Schulman, Richard Ashby, and defending champion David “Bakes” Baker to take a 3-1 chip advantage over Juanda when heads-up play began.

But it wasn’t meant to be for the 11-time bracelet winner. With his family, friends, fans, and several doubters in attendance, Hellmuth let history slip through his grasp again. The silent but always dangerous Juanda battled back and claimed victory after three hours of heads-up play to deny Hellmuth of his 12th bracelet, which would have been his first in a non-Hold ’em event.

Juanda entered the final day as a longshot to win. Despite his immense skill in 2-7 Draw Lowball, Juanda was the shortest stack of the nine remaining players on Saturday. But after taking a big pot off Cassidy, Juanda eliminated Greg Raymer in ninth place to climb all the way to the top of the leaderboard. Juanda stayed relatively quiet while Hellmuth went on his rampage at the final table but managed to send Steve Sung to the rail in fourth place to stay afloat.

Hellmuth eliminated Ashby in third place to set up a heavyweight match that the WSOP had been pining for all summer. The previous fourteen events were won by first-time bracelet winners, so for the first time all summer a previous winner would be crowned champion.

Juanda’s aggression was in full force against Hellmuth from the start of their match. He won numerous pots without going to showdown and eventually took a massive late into the night. Hellmuth was able to double up to get back to even, but his frustration was becoming clearer throughout the night and it ultimately got in the way of his path toward history.

On the final hand of the tournament, Hellmuth moved all in from the button for 555,000 (25,000/50,000 blinds) and Juanda made the call. Hellmuth decided to stand pat, tabling Q-10-8-5-2, and Juanda drew one and revealed his J-6-3-2. With his hands shaking in anticipation, Juanda slowly squeezed his final card and proudly exposed an eight, giving him a jack-low and the championship.

Hellmuth was gracious in defeat, but his dissatisfaction was evident as he shook Juanda’s hand and told him, “Well played buddy, well played. You’re just so f-ing scary.” His quest for a non-Hold ’em bracelet continues as he’s now made 16 final tables in games like Pot Limit Omaha, Omaha Hi/Lo, Stud, and H.O.R.S.E., but time after time come up short. He now has five second-place finishes in non-Hold ’em tournaments at the WSOP.

After finishing fourth in the same tournament each of the past two years, the victory has to be a huge relief for Juanda. He posted his jubilation via Twitter after the victory, saying, “Just won my 5th WSOP bracelet in 2/7 NL (10K buyin). Every time u win 1 of these the feeling is surreal! Thx all 4 the support!”