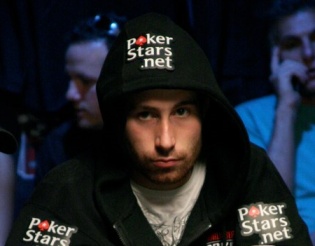 Joseph “subiime” Cheong was eliminated in third place in the 2010 World Series of Poker (WSOP) Main Event to set up heads-up play on Monday night between Jonathan Duhamel and John Racener. The former will hold just over a 6:1 edge in chips after entering the final table as the chip leader this afternoon. Duhamel will come armed with a stack of 190,100,000, while Racener will hold 29,200,000.

The defining hand of three-way action occurred after Cheong 6bet all-in before the flop with A-7 offsuit. Duhamel tanked for about two minutes before electing to call all-in and tabled pocket queens. The crowd was, needless to say, shocked to see Cheong turn over a weak ace. Whoever would win the pot would claim nearly all of the chips in play and the flop came 3-9-2. A six on the turn left Cheong drawing to three outs on the river, but an eight fell.

Duhamel’s crew went nuts following the critical double up and the Canuck stacked up 80% of the chips in play. Tournament Director Jack Effel noted that the hand marked the largest pot in WSOP history at 177 million chips. Then, Cheong was all-in with Q-10 and up against Duhamel’s A-2. The board bricked out for “subiime” and, shortly before 2:00am local time following the time change, the final two in the 2010 WSOP Main Event were determined.

Whether Cheong allegedly stating that he wasn’t necessarily gung ho about winning the bracelet had anything to do with his early exit is anyone’s guess. Cheong told the media after the fact that if he had to do it again, he would have made the same move with A-7. Cheong had 3bet pre-flop throughout much of the day and admitted to the media that his cards consisted of hands like A-K and A-Q along with “crap.”

Play will pick back up at 8:00pm PT on Monday night. A half-hour prior, the Poker Hall of Fame Class of 2010, which includes Dan Harrington and Erik Seidel, will be enshrined in front of the assembled crowd, which will likely reach its capacity of 1,400. If you missed out on any of the action, you can catch coverage of the Main Event final table on Tuesday night at 10:00pm ET on ESPN.

We’ll be on site on Monday night reporting live from the Penn and Teller Theater at the Rio.