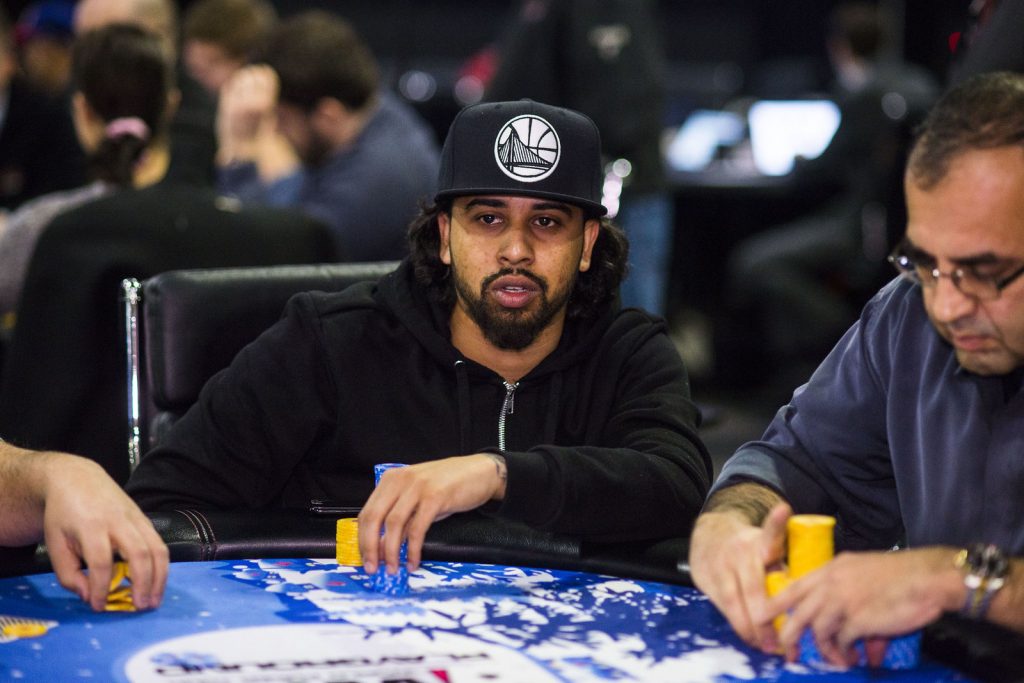 The European Poker Tour’s stop at King’s Casino in Rozvadov turned into a two-day affair over this weekend before Christmas. That didn’t seem to bother Canada’s Jordan Saccucci, however, as he simply finished what he started in the 2022 EPT Prague Main Event. In doing that, Saccucci walked off with the championship in the largest field in EPT Prague history and the million-Euro-plus prize that went along with it.

Saturday Not Enough to Contain the Action

The nine players left of the 1267 entries that started the event came back on Saturday to finish the battle. Saccucci held a healthy lead with his 9.65 million chip stack, vastly outpacing the 6.24 million that Japan’s Jun Obara held. There were some dangerous players down the leaderboard, including a man who didn’t seem to leave the Top Five of the tournament for its duration, Italy’s Luigi D’Alterio, France’s Antoine Saout, and Saccucci’s countryman in Parker Talbot.

Saccucci kept his foot on the gas early on Saturday, knocking out Paul Adrian Covaciu in ninth place when Saccucci won a race (Big Slick versus pocket sevens) after hitting an Ace on the flop. Petar Kalev would emerge as a challenger for Saccucci, taking some chips out of Saccucci’s stack to draw within 400K of the lead. It was another clash between the titans that would result in a massive change in the tournament.

After Kalev opened the betting on the button, Saccucci kept up with his high-pressure style by three betting out of the small blind. Kalev made the call to see a 6-A-8 flop and Saccucci fired off a continuation bet, which Kalev also called. The turn card, a 9♣, didn’t seem to help anyone but, after Saccucci checked, Kalev now seized the lead with a 1.8 million bet.

What happened next stunned everyone in the room. Saccucci moved all in on the rainbow board, putting Kalev to a decision for his chips. After some contemplation, Kalev decided to drop his hand in the muck as Saccucci seized the tournament by the throat in picking up the nearly four million chip pot.

Kalev wouldn’t last much longer after that devastating attack. He would double up Saout to go under a million chips and the remainder of those markers would go to D’Alterio. But he would stick around for the second part of the final table after Saccucci brought some Canadian-on-Canadian assault in knocking out Talbot in fifth place to end the Saturday night action.

Quick Two Hours of Work to End the Tournament

Jordan Saccucci came back on Sunday still with the lead in the tournament, but this time he only had three more people to get through to win the title. Saccucci’s 12.925 million stack faced a couple of challenges from Saout (10.4 million) and Istvan Pilhofer (10.6 million), while Obara (3.875 million) looked for an opportunity to get back into the tournament. That opportunity for Obara, sadly, would not come.

On the very first hand of play on Sunday, Obara opened from the cutoff for 300K in chips and Saccucci tripled the action on the button. Obara called off that bet and saw a 10-J-7 flop and checked the action over to Saccucci, who dropped a million-chip bet into roughly two million pot. Obara considered his options and felt the all-in play was best, but it turned out to be a big mistake at the wrong moment:

Needing to see another Jack hit the felt, Obara instead saw an eight on the turn (removing any flush outs) and the case King on the river. Obara’s two pair wasn’t enough against the set of Cowboys of Saccucci, ending Obara’s tournament in fourth place and popping Saccucci over the 17 million mark.

Saout, who took the lead at one point of three-handed play, would knock out Pilhofer in third place to go to battle against Saccucci with their stacks almost even. With the stacks so even, a deal was quickly cut to have each man take €800,000, putting €113,250 back and the EPT Prague trophy to play for. After the deal was settled, the tournament was too in rapid fashion.

In 24 minutes, Saccucci would secure the title. On that final hand, Saout three-bet a Saccucci open to two million. This prompted Saccucci to move his full stack forward and Saout would make the call to put his tournament life on the line. Saout’s pocket sixes had the lead pre-flop against Saccucci’s A-3 off suit, but the 4-3-3 flop had other ideas. Going from a baby Ace to flopped trips, Jordan Saccucci only had to dodge a six on the turn (9♥) and the river (9♠) to earn the 2022 EPT Prague Main Event championship.