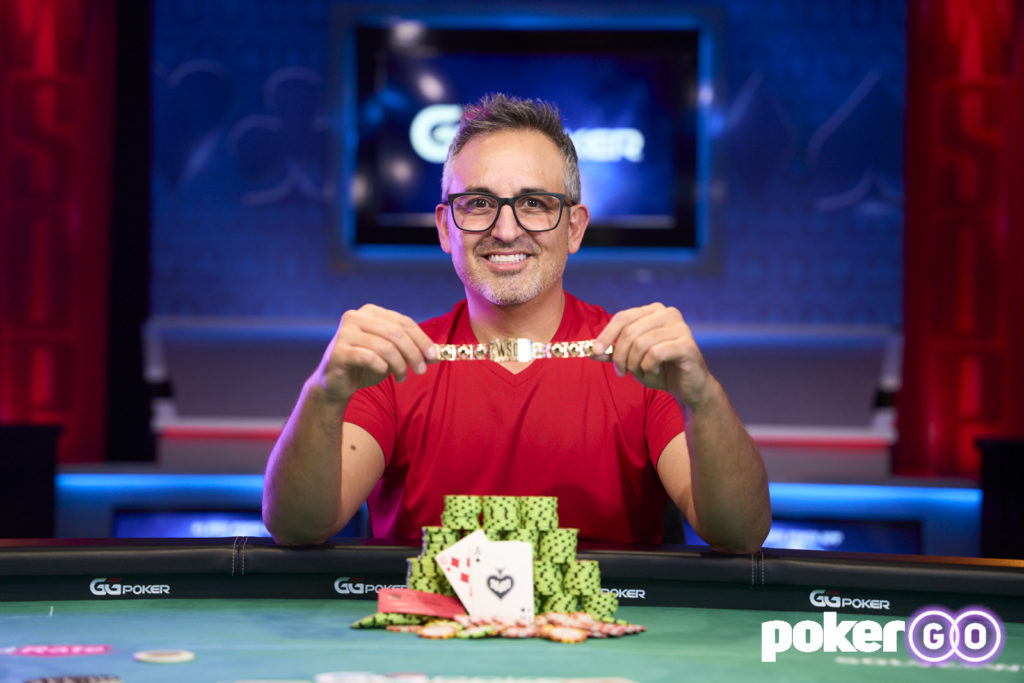 It seems like just yesterday that Josh Arieh found himself playing the role of semi-villain in the World Series of Poker Main Event, but that was 17 years ago. Now he is the wise poker veteran, still living in Atlanta where there is absolutely no poker except for underground games. And now he is also the World Series of Poker Player of the Year thanks to a boatload of cashes and two gold bracelets.

Arieh reacted like most of us would had we won the POY title:

In a year filled with incredible individual efforts at the WSOP, Arieh’s was one of the best we’ve seen. Look at this string of live cashes:

Plus he had another cash in a WSOP.com online bracelet event. That’s a dozen cashes, six top-ten finishes (in the span of a month), and two bracelets. Even without a points system, that’s a pretty damn good convincing argument for Player of the Year.

“It’s just really cool, it’s weird,” Arieh told PokerNews. “My whole life and my career, whatever I do, I build momentum, so when I’m going good, I’m really good. When I’m going bad, I go really bad. It means a lot because my daughters will be really proud.”

Player of the Year and poker, for that matter, is interesting, as one man’s great success is another man’s disappointment. Take Daniel Negreanu. He finished in the top ten seven times in this year’s World Series of Poker, cashed 18 times, profited about $400,000, and finished third in the POY race, but because he was unable to nab a bracelet, running his bracelet drought to eight years, the WSOP wasn’t a complete success.

At the same time, however, Negreanu understands that poker is a fickle game and prides himself on being a “consistent performer.”

Then there is Phil Hellmuth, who finished second in the Player of the Year standings after setting a WSOP record by making seven final tables in a single Series and winning his 16th bracelet. It was his fourth time finishing as the runner-up for POY. Again, for everyone but Hellmuth, this would be a Series after which you would toast yourself.

But like a student who can’t stand a B when he expects to always get A’s, Hellmuth’s second place finishes gnaw at him (I mean, really, they are still A’s). Not only did he come in second in the POY race, but he finished second at three of his final tables.

Hellmuth is the GOAT World Series of Poker player, but at least for now, those near misses hurt more than the wins.