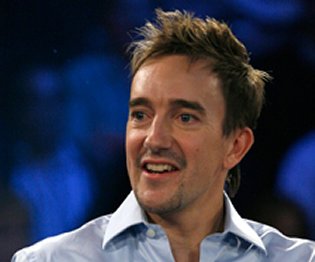 What started as a field of 116 in the $50,000 Player’s Championship at the 2010 World Series of Poker (WSOP) has been slashed to 54. WSOP bracelet winner Kirk Morrison leads the way after Day 2 of the prestigious tournament.

Eliminated in the closing seconds of Day 2 was Amnon Filippi, who check-called all-in on a board of A-J-9-8 in Limit Hold’em. Filippi turned over A-10 for top pair and an open-ended straight draw, while reigning WSOP Player of the Year Jeffrey Lisandro showed Q-10 for a straight. Lisandro won three bracelets during last year’s WSOP, claiming titles in Razz, Steven Card Stud, and Seven Card Stud High-Low.

UB.com pro and 11-time bracelet winner Phil Hellmuth also met his demise during Limit Hold’em on Saturday. Andy Bloch made a flush with pocket sevens against Hellmuth’s A-K, leaving Hellmuth to retort, “Of course, it’s Andy [expletive] Bloch. Of course he’s going to beat me with sevens.” Hellmuth lost a significant portion of his stack against Bloch and then called all-in against Chris Ferguson with A-6 on a K-6-3-4 board. Ferguson showed K-Q for top pair and a river seven sealed Hellmuth’s exit.

Also ousted in the final moments of Saturday’s action in the $50,000 WSOP Player’s Championship was DoylesRoom pro Hoyt Corkins, who departed during Pot Limit Omaha. Corkins committed his chips with Ad-As-Qd-7s, but could not hold up against the Ac-Kc-10d-8d of Mikael Thuritz. Fans of the Durrrr Challenge will be sad to know that joining Corkins on the rails is Patrik Antonius, who fell at the hands of Phil Ivey during Stud High-Low.

Here are the top 10 chip counts after two days of play in Event #2:

On Saturday, Hoai Pham became the first bracelet winner of 2010 after taking down the $500 Casino Employees No Limit Hold’em event (#1). The field of 721 was ultimately whittled down to Pham and Arthur Vea, who after seven hands of heads-up play was all-in with pocket fours against pocket aces on a queen-high flop. The better wired pair held and Pham earned $71,000 for the win.

The final table in the $500 Casino Employees event shook out as follows:

A throng of 2,601 players turned out for Day 1A of the first of six open $1,000 No Limit Hold’em events (#3). By the close of business on Saturday, over 2,000 had found the exit. On Monday, the 276 survivors from Day 1A will compete as part of the combined Day 2 field. Over 1,200 players are registered for Day 1B, although many in the online poker industry will be fixated on Sunday major tournaments.

Terry Fleischer leads the pack after Day 1A at 119,300 chips, just edging out Nancy Todd Tyner, who has 103,000. Tyner, a poker player and political consultant, will be vying for what many are expecting to be a top prize of $750,000. Saturday saw the eliminations of a bevy of top pros, including 2009 WSOP Main Event champ Joe Cada, North American Poker Tour (NAPT) Venetian Main Event runner-up Sam Stein, and Alex Jacob.

Besides Day 1B of Event #3, Event #4 also begins on Sunday. The $1,500 Omaha High-Low Split Eight or Better tournament begins at 5:00pm PT. Stay tuned to Poker News Daily for the latest 2010 WSOP coverage.