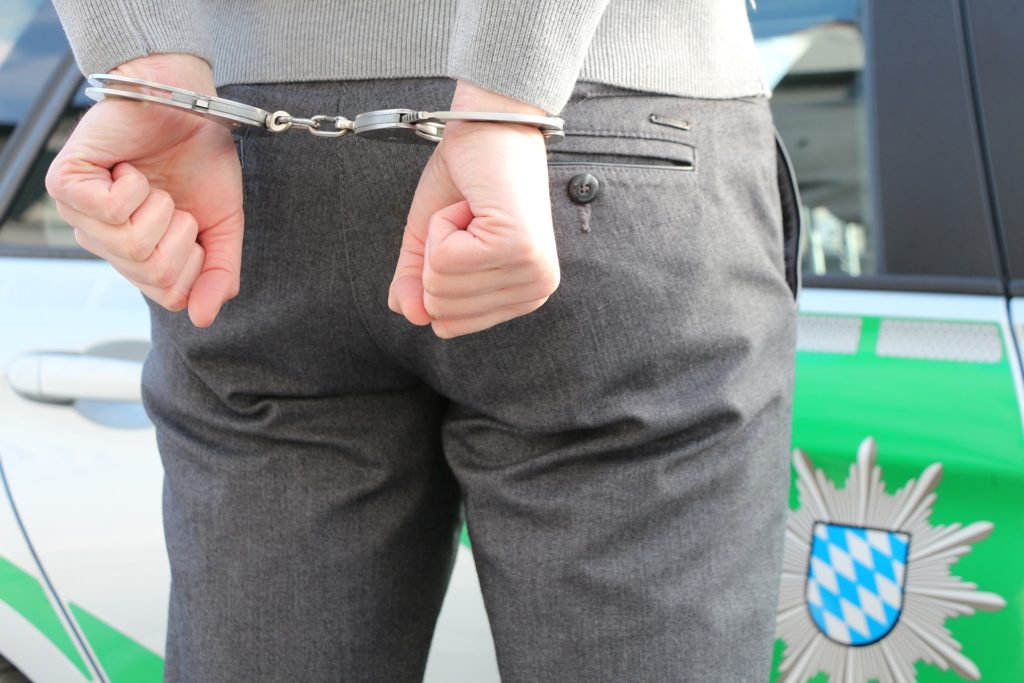 A Las Vegas Metropolitan Police officer who allegedly robbed three casinos made his first appearance in federal court Friday, this according to the U.S. Department of Justice. 33-year-old Caleb Rogers was arrested on February 27, accused of stealing around $164,000 in total from the trio of locations.

According to a grand jury indictment on March 22, Rogers is charged with “three counts of interference with commerce by robbery and one count of brandishing a firearm during and in relation to a crime of violence.”

If found guilty, Rogers could spend the rest of his life behind bars, as each of the robbery charges has a maximum sentence of 20 years and the brandishing a firearm charge could bring with it a life sentence.

The third and most publicized robbery was of the Rio sportsbook on February 27 of this year. According to the press release from the U.S. Attorney’s Office for the District of Nevada, Rogers ran at two sportsbook employees, yelling, “Get away from the money. I’ve got a gun. I will shoot you!”

He then proceeded to climb over the cashier counter, shove an employee to the floor, and grab close to $79,000 in cash, which he put into a bag. He ran when an employee tripped the alarm.

Rogers tried to make it to the parking garage, but a casino security officer tackled him. At this point, it got really scary, as Rogers pulled out a gun, put his finger on the trigger, and said, “I’m going to shoot you!”

Fortunately, security officers were able to subdue and disarm Rogers before handing him over to the Las Vegas police. While they would have figured out Rogers’ role as a police officer himself eventually, the arresting officers ran the serial number on his firearm and found out it belonged to the Las Vegas Metropolitan Police Department.

After Rogers was arrested in February, the president of the Las Vegas Police Protective Association (LVPPA) said that the police union will not provide legal representation to Rogers, as he committed the alleged crimes while off duty. The union president did not seem to want to cover for Rogers in the slightest, saying that if Rogers is found guilty of the crimes for which he is accused, he should be prosecuted to the full extent of the law. And being a police officer doesn’t soften the punishment the LVPPA president wants – it strengthens it.