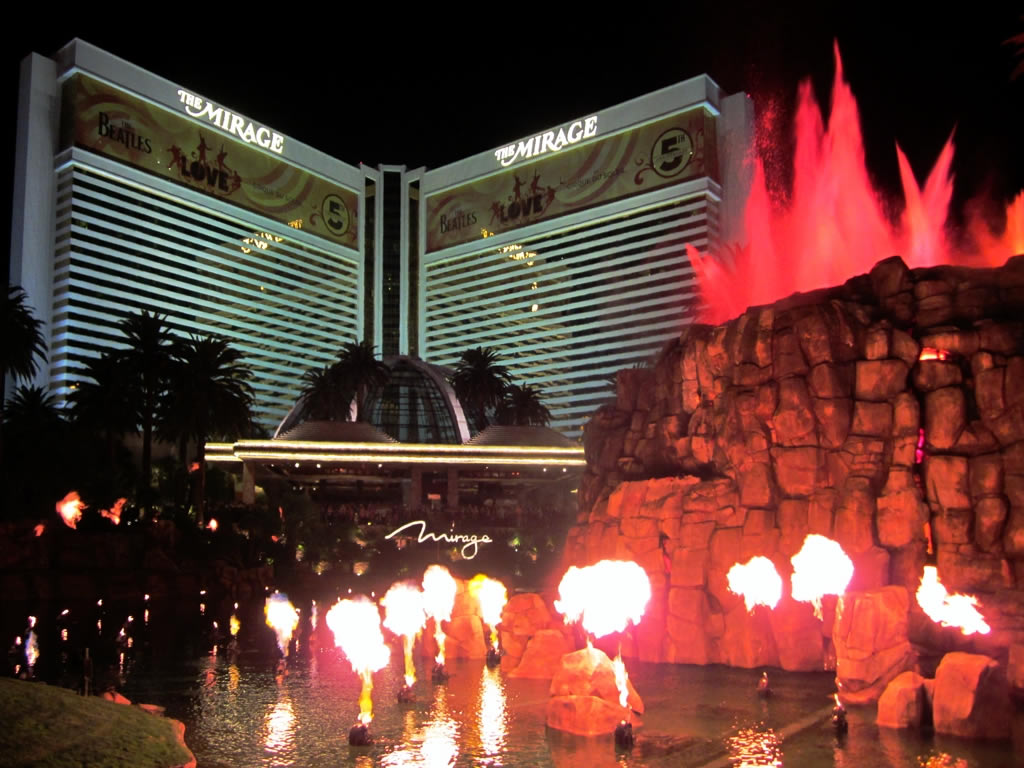 The volcano outside the Mirage casino is one of the iconic landmarks of the Las Vegas Strip. Along with the entrance to the Flamingo and the Bellagio fountains, you can pretty much count on the volcano being part of a montage in a movie scene where friends are driving on the Strip for the first time. But it appears that it is more than likely that the volcano will soon be a memory, once Hard Rock International completes its acquisition of the Mirage from MGM.

Las Vegas resident Alden Gillespy hopes to keep the volcano erupting for decades to come. He created a petition on Change.org, planning to eventual show the results to Hard Rock execs in an attempt to convince them that people want the attraction to stay. As of this writing, over 6,500 people have signed the web petition.

“When I heard the news, I remember just wondering why this was going to happen,” Gillespy told the Las Vegas Sun. “The fact that they were going to tear down the volcano, that hit me personally. Why wouldn’t the new plans call for an incorporation of one of the best free attractions in Las Vegas?”

Hard Rock has not outright said that it is getting rid of the volcano, but after Hard Rock agreed to buy the Mirage for $1.1 billion, rumors started that CEO Jim Allen was not a fan of the attraction. On top of that, the company released a rendering of a planned guitar-shaped hotel on the property, a rendering which did not include the volcano.

“It’s always a shame to see something historic go away,” Michael Green, an associate professor of history at UNLV, told the Sun. “We lost a lot of hotels on the Strip because of the understandable need to build better, more modern hotels. The volcano is a reminder of how it helped trigger the modern Las Vegas boom.”

Gillespy agrees that the guitar-shaped hotel does sound great (take a look at the one at Seminole Hard Rock in Hollywood, Florida – it’s pretty awesome), but doesn’t see why both it and the volcano can’t coexist. I would tend to agree – a volcano is pretty metal, right?

“The Mirage and the volcano have been my favorite thing about visiting Las Vegas for the past almost 30 years,” wrote one petition signer. “I always stay there. It’s one of the most beautiful properties on the strip. The volcano is a beloved landmark! I can’t even imagine Las Vegas without The Mirage or the volcano. It would be heartbreaking.”

One person who signed the petition had a rather…drastic…solution:

“The Mirage is an awesome hotel and I think it’s ridiculous that it would be demolished,” she wrote. “I’m especially mad about the volcano though. I have so many memories of that volcano. I love the volcano. Should sacrifice whomever came up with this dumb idea and throw them in the volcano!”