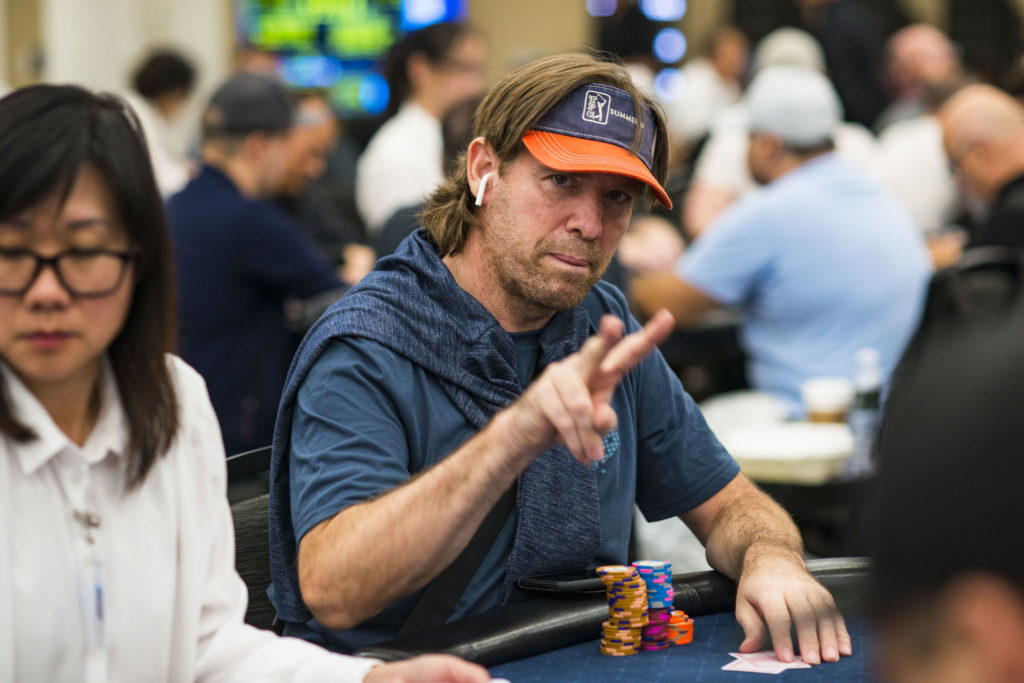 A gentleman and a poker scholar

And believe it or not, my friend Earl Burton actually predicted the results of the voting correctly this year, nailing the Flack selection perfectly. Congratulations – even a blind squirrel and all that.

The announcement of Flack’s induction was announced almost exactly one year since his untimely death at the age of 52. One of the most popular poker players of all time among his peers, he was also one of the most feared at the table. His combination of affability and extreme poker skill was unique.

Tex Barch, a close friend of Flack’s, provided a few words to note the Hall of Fame induction:

Layne Flack won over $5 million in live tournaments in his career, including six World Series of Poker bracelets. Only eight players have more bracelets than Flack. His last bracelet was in $1,500 Pot-Limit Omaha in 2008.

But tournaments are only one measure of poker success. Flack was also known as one of the most deadly cash game players in the world, a frequent participant in the highest stakes games.

Flack would bet on anything

He was also, like many high stakes players, someone who loved a good prop bet. In one legendary story, he played against Ted Forrest (perhaps the king of the prop bets) in a tennis match for $50,000. Flack hadn’t played before (or had barely played), so while he used a brand new racket Forrest gave him for his birthday, Forrest played left-handed with a broken racket to make things a little fairer.

But Flack was better than Forrest thought he would be, so Forrest started whipping two-handed backhands. After all, he was still hitting them left-handed. Always one for a laugh, Flack took the beat down with the humor for which he was renowned.

Chosen by his peers

The process of selecting the Poker Hall of Fame Class of 2022 began with an open nomination process – anyone could name anyone, as long as the nominee met the qualification criteria. The nominations were vetted to weed out anyone not eligible, and in June, the following ten finalists were announced:

The ultimate decision on the one person (or two if it was McEachern and Chad) inducted into the Hall came down to the 32 living Poker Hall of Fame members. Each had ten votes that they could distribute among the finalists in any way they pleased. And in the end, it pleased them give the nod to their late friend, Layne Flack.