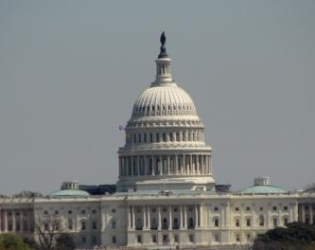 Next Tuesday, July 27th, the House Financial Services Committee will mark up HR 2267, the Internet Gambling Regulation, Consumer Protection, and Enforcement Act. The announcement of the hearing comes just one day following debate of the bill in the Committee led by Congressman Barney Frank (D-MA).

The Safe and Secure Internet Gambling Initiative (SSIGI) broke the news shortly after dinnertime on Thursday. Organization spokesperson Michael Waxman told Poker News Daily that he was pleased to see such quick movement through the powerful House Financial Services Committee: “Chairman Frank is clearly moving to get his bill advanced before Congress leaves town for their summer recess. Most importantly, the markup shows a commitment by Chairman Frank to move forward and his colleagues to address this issue.”

Congressman John Campbell (R-CA) announced during yesterday’s House Financial Services Committee hearing that he would propose an amendment to HR 2267 that would introduce technologies to curb illicit use of internet gambling sites. In addition, Campbell also planned to introduce a loss limit, although the size and scope of either add-on is not yet known.

Campbell closed Wednesday’s proceedings by asserting, “Alcohol is sold online today widely and there are technologies out there that keep minors from buying that alcohol online.” Campbell is not one of the 69 co-sponsors of HR 2267, which Frank brought to life in May 2009. The group of supporters includes both Democratic and Republican lawmakers.

Cautiously optimistic about a markup being put on the schedule was Interactive Media Entertainment and Gaming Association (iMEGA) Chairman Joe Brennan, who told Poker News Daily prior to Thursday’s announcement, “The Poker Players Alliance (PPA) and other groups I’m sure are not going to be satisfied until a markup happens. Otherwise, it’s just a quarterly public hearing. I’m hopeful that the markup will happen, but we’ll just have to wait and see.”

In a press release distributed on Thursday, Waxman reminded media and lawmakers alike what’s at stake if HR 2267 were to be passed into law: “The passage of this legislation would be a win-win, as it will protect consumers, create an estimated 32,000 new jobs over five years, and provide federal and state governments with as much as $72 billion in new revenues over ten years.” The revenue and job numbers were questioned during Wednesday’s hearing, which featured testimony from UB.com’s Annie Duke, who spoke on behalf of the PPA.

A webcast of Tuesday’s hearing will be available on the official website of the House Financial Services Committee starting at 10:00am ET. Stay tuned to Poker News Daily for the latest from Capitol Hill and beyond.