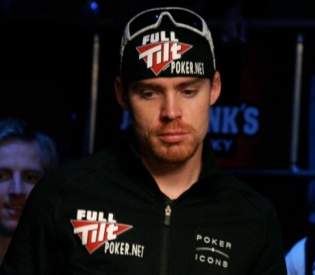 Poker News Daily: Talk about the emotions that ran through your head during the final hand of the World Series of Poker (WSOP) Main Event in July against Brandon Steven. You knocked him out in tenth place to set up the 2010 WSOP November Nine.

Matthew Jarvis: It was nerve-racking to say the least. It was the difference between a final table in the World Series and being the bubble boy for it, and this is a once-in-a-lifetime thing to achieve.

PND: What preparations will you be making for the November 6th resumption of the final table? Will you be studying your opponents? Tweaking your own game in any way?

Matthew Jarvis: I’m not sure I’m really going to be tweaking anything, you know? I feel I played well up until the final table anyway, so hopefully I can continue that run all the way through.

PND: What player(s) at the table have given you the hardest time so far and why?

Matthew Jarvis: I’d probably say Michael Mizrachi. Everyone knows how good of a player he is, and it was only a matter of time before he made the final table, just unfortunately it’s when I have too!

PND: Jonathan Duhamel has a commanding chip lead over the rest of the field. Talk about what kind of strategy the rest of the table can take to overcome a major chip deficit.

Matthew Jarvis: I think the majority of us will be looking at him to build our stacks back up. He’s an extremely good player and probably won’t make many mistakes, but he will probably be playing a wider range of hands because of being chip leader. Hopefully, I can use this to my advantage.

PND: How did you get started in poker?

Matthew Jarvis: Like a lot of players, just with friends in home games before turning to online and realizing there was a lot of money to be made.

PND: You’re a business student now. Is a full-time poker career in the works?

Matthew Jarvis: We shall see, I don’t have any plans yet, but it depends how November turns out.

PND: Talk a little bit about what you’ve done poker-wise since the Main Event was put on hold.

Matthew Jarvis: I’ve played a little online, but I’ve mainly just been chilling out with friends and family – not to the extent that I’ve forgotten how to play, though! Winning the Canadian Poker Tour Heads-Up tournament was also a major coup for me; hopefully I can continue this success onto the final table!

PND: Who will you be bringing with to support you in Las Vegas?

PND: Do you agree with the November Nine format or would it have been more beneficial to you to play the Main Event out in July?

Matthew Jarvis: When it was implemented two years ago, I was a bit skeptical, as it felt like it was disrupting the play so much, but now I don’t see a problem. I think it provides a bigger spectacle to a wider audience, which is important for poker to have.