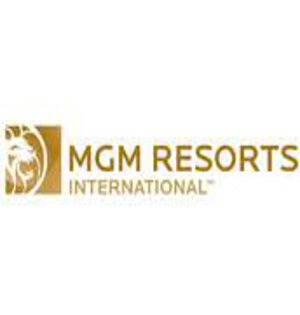 The companies are lining up in Nevada for the start of intrastate online poker, with three more given preliminary licensing for their operations by the Nevada Gaming Control Board yesterday.

According to the Las Vegas Review-Journal’s Chris Sieroty, MGM Resorts International, Z4Poker LLC of Las Vegas and CAMS LLC of Los Angeles were recommended for licensing by the three-member panel that is overseeing implementation of the NGCB’s online poker regulations. Although they have passed the preliminary phase of licensing, those three companies will have to wait a bit before they are fully licensed to operate in the state of Nevada. The three member panel, composed of Chairman A. G. Burnett, Shawn Reid and Terry Johnson (who was named by Governor Brian Sandoval to replace former chairman Mark Lipparelli as of November 12 and was not in attendance at this meeting), will issue the final ruling on the three companies during their meeting on November 15.

MGM Resorts International seems to be ready to move as soon as the final approval is given by the committee. It is partnering with Boyd Gaming and Bwin.Party Digital Entertainment (pending their approval by the NGCB) for their online poker offering and, according to Sieroty, the only delay is in the NGCB’s approval of Bwin.Party in the state. “(The) Bwin.Party license application is currently in the process of being investigated,” Burnett stated during the hearing. “At some point next year, (they’ll) be on an agenda for final approval.”

Once Bwin.Party received clearance by the NGCB for operations in Nevada, the MGM/Boyd/Bwin.Party conglomerate would go live with their real money poker operations. MGM and Boyd Gaming would handle marketing, customer support and retention of players for the partnership, while Bwin.Party will provide the actual software that players would use.

The two other companies given their preliminary clearance on Thursday will look at different realms of the proposed Nevada online poker industry. Z4Poker is looking to be a software provider, focusing on smaller casinos that are looking to get in on the Nevada action at a smaller cost. Sieroty quotes David Colvin, the co-owner of Z4Poker, as saying the smaller casinos are “being left out of the space” and that Z4Poker will be looking to provide a client for these casinos at a fraction of the costs of the major players.

Colvin is also looking to the potential future for online gaming in the Nevada (and potentially nationwide) market, according to Sieroty. Colvin states that Z4Poker is developing around 100 online bingo and keno games that, although currently not permitted under the Nevada regulations, would be ready to go if the rules change.

CAMS is a software provider that will look to cover one of the major areas that Nevada regulation has been concerned about. Their software and systems will be used to manage player accounts and ensure that players are of age and inside the state of Nevada, thus legal to play in the Nevada system. A subsidiary of Verifi, one of the giants of the electronic payment industry, CAMS was created, according to company president Matthew Katz, because some clients of Verifi didn’t want to be associated with gambling companies.

The three-member board has been active in the last half of 2012. Since June, these companies (along with yesterday’s approvals) have been given clearance to move forward into the “brave new world” of online poker in the state of Nevada:

Notably absent from the approval list is one of the giants of gaming in Nevada, Caesars Entertainment. Caesars, the owners of the World Series of Poker and the operators of an online poker site with 888 overseas, have applied for a license but there is no word yet on its status, while 888 appears to be waiting to see if Caesars is able to earn approval.