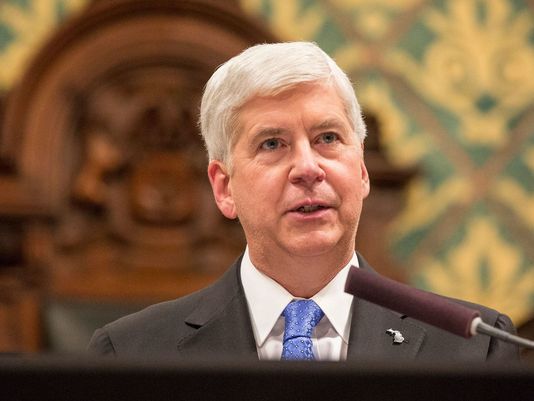 Waiting until the very last minute possible before he left office, Michigan Governor Rick Snyder dashed the hopes of the Michigan legislature and thousands of online gaming fans in the Wolverine State by vetoing recently passed online gaming and poker legislation.

On December 21st, in a last-minute session, the Michigan legislature had passed regulations that would have made the state only the fifth in the U. S. to regulate online gaming and poker. The Senate had passed through House Bill 4926 by a resounding 33-5 on the 21st and the House had pushed through the same bill by a 71-35 margin on the 22nd. With such bipartisan support, it was widely thought that the bill would have no trouble receiving Snyder’s signature.

The bill was a monumental moment for Michigan. It would have authorized online casino gaming and poker, with the potential to add on sports betting after the newly established Internet Division of the Michigan Gaming Control Board had been created. The initial licensing fees were low – $200,000 for initial licensing and $100,000 each year thereafter – and the taxes on revenues weren’t unreasonable (8%, plus 1.25% in the Detroit area for commercial gaming operators). And there would be plenty of licenses available for both commercial and tribal gaming operators in the state, long a sticking point in any gaming negotiations.

And a Late-Night Decision to Veto

The bill, known as HB 4926, was one of literally hundreds of bills passed in a flurry of legislative activity before the Michigan Legislature disbanded for the remainder of the year (a new Legislature will be seated on January 9). But Snyder went through each bill meticulously. In fact, Snyder was so meticulous that he vetoed 40 bills that came before him in from the “late session” of the Legislator.

The gaming bills, however, seem to be problematic for Snyder. According to the Detroit News, Snyder vetoed every gaming bill that came before him from Michigan Representative Brandt Iden, who had been the main driver of the online gaming and poker legislation. When he was asked by Emily Lawler of MLive for reasoning on the vetoes, Snyder cited some mysterious “budgetary concerns” that he wanted the state to look at. Snyder also indicated that he had some concerns that the online industry would hurt the “B&M” casinos (both tribal and commercial) and needed more data. “To be blunt,” Snyder stated in the letter vetoing the bill, “we simply don’t have the data to support this change at this time.”

Other gaming bills that Snyder vetoed included changes to regulations for the commercial casino industry in the state, fantasy sports, horse racing and the charitable gaming act, which has had issues for years.

Back to the Drawing Board…

While a veto can be overwritten, because Snyder waited until the Legislature had disbanded for the remainder of the year HB 4926 is dead. There is no way that both bodies of the Legislature can be reconvened to overturn the veto; both chambers had voted the gaming bills through by a vast margin and could have easily quashed Snyder’s actions, but they won’t have the opportunity.

An entirely new group of legislators will be back in Lansing come January 9 and the entire mood of the Legislature will have changed. Snyder was term-limited, so there is a new Governor, Democrat Gretchen Whitmer, who is supportive of legislation that would help legalize and regulate sports betting in the state. When it comes to online gaming and poker, however, Whitmer’s stance is not known.

There is also going to be a new group in the Legislature itself. While Iden is still going to be seated, there is a Republican majority in both the House and the Senate. With new leadership in the Governor’s Mansion from the opposition party, the Republicans may not be as eager to work with Iden, a Democrat who negotiated HB 4926 across party lines, on any new legislation once it is reintroduced (and you know Iden will). It also is going to be even longer now for online gaming and poker regulations to come to fruition in the state; with the 15-month moratorium that HB 4926 had mandated (and if it is in future legislation), even if legislation were passed quickly in the new Legislature, it wouldn’t be until 2020 that anything would go “live.”