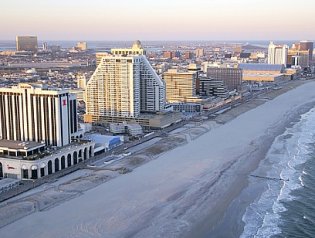 According to a number of reports, the New Jersey Division of Gaming Enforcement (DGE) is targeting November 23rd as the launch date for online gambling in the Garden State. When the gaming legislation was passed, the soft go-live deadline was nine months from February 26th, thus three days after this most recent mark. The DGE does have the authority to push the launch date past the end of November “for good cause.”

That good cause would probably be something like the inability to finalize regulations. Software issues are less likely to create delays for the overall industry in the state, as each gaming provider will have its own product. If there are any problems with software, it will probably only affect the individual operators, causing them to be late to the game.

Speaking of providers, the DGE confirmed in late July that it had received 37 applications for online gambling licenses with more likely to come. The twelve Atlantic City casinos are the only ones allowed to actually operate the online gambling sites, but other companies are allowed to apply for applications so long as they partner with the casinos. While the DGE has not revealed the names of any of the applicants, most of the casinos have made their deals known. Here are the partnerships that have been made public:

The two casinos whose partnerships are not known, Revel Casino Hotel and Atlantic Club Casino, are also the two that are struggling the most financially. Atlantic Club had been working on a deal which would have seen PokerStars’ parent company, the Rational Group, buy the casino, but that fell through.

To date, Nevada is the only one of the three states that has both legalized online gambling (the other being Delaware) and had a site go live. Ultimate Poker launched at the end of April and is still the only U.S.-based regulated online poker room that is up and running. New Jersey’s online gaming industry will be different from Nevada’s in that any game that is permitted in Atlantic City’s brick and mortar casinos will also be allowed online. That means that people located within New Jersey’s borders will be able to not just play poker on the internet, but also games like blackjack, craps, and roulette.

New Jersey coming online may also help Nevada and Delaware if they form interstate gaming compacts, thus allowing players from one state to play on sites based in one of the others. New Jersey could likely support online poker all by itself, as it has a population of almost 9 million. Delaware and Nevada, on the other hand, have just 3.5 million residents combined. While Ultimate Poker has been considered fairly successful for a fledgling poker site, it is still extremely small, averaging less than 200 cash game players per day, according to figures provided by PokerScout.com.