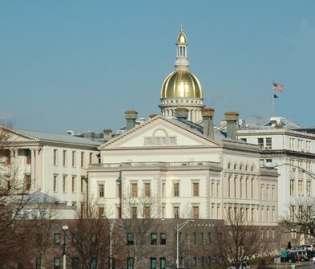 New Jersey is one step closer to becoming the first state to regulate, license, and tax the internet gambling industry within its borders. With the prospects of a Federal scheme still on the horizon as part of a Congressional “lame duck” session, a bill introduced by State Senator Raymond Lesniak in New Jersey cleared the state’s Senate Budget Committee and may now see debate.

The Interactive Media Entertainment and Gaming Association (iMEGA) has been championing Lesniak’s bill throughout the process. Its Chairman, Joe Brennan, told Poker News Daily on Tuesday from Las Vegas, “We’re really happy that it cleared this final hurdle in order to proceed to a floor vote. We’re confident based on what we’ve heard from legislators on both sides of the aisle that the measure will pass in the State Senate. That will provide the necessary momentum to move it along in the Assembly, where it also has bipartisan support.”

The Senate Budget Committee approved Lesniak’s intrastate internet gambling bill by a 10-1 margin on Monday, with two lawmakers abstaining. If the bill were to become law, all games currently permitted in land-based casinos would be available online, including poker. The State would impose a 20% tax on gross gaming revenues and each operator would be required to pay a licensing fee. All told, New Jersey’s format could become the model that other states would follow.

According to an article that appeared in The Record, $30 million in revenues derived from licensed internet gambling companies would be earmarked for racetracks. The story explains that the funds raised would “supplement horse racing purses to the point of remaining competitive with rival tracks that are subsidized by slot machine revenues.”

Lesniak’s licensing bill is numbered S 490 and contains several provisions that parallel the state’s regulation of brick-and-mortar gambling. The measure reads in part, “A casino licensee must submit to the commission for its approval a description of its system of internal procedures and administrative and accounting controls for internet wagering, including provisions that provide for real-time monitoring of all games. A casino licensee must also submit its gaming software and other internet wagering equipment to the Division of Gaming Enforcement for testing to ensure compliance with technical standards for such equipment set by the commission.”

Atlantic City houses the only land-based casino gambling available in New Jersey, a state divided by horse racing tracks to the north and large-scale casino resorts to the south. It has received a considerable amount of pressure from the expansion of gambling in nearby states like Pennsylvania, Connecticut, and Massachusetts. Brennan remained confident that we could see passage of the bill in the first three months of 2011: “Reasonable passage would be sometime in Q1 2011, but it may come even sooner.”

The minimum gambling age under Lesniak’s proposal is 21. According to eGaming Review, up to $250 million in gross revenues could result from taxing internet gambling in New Jersey each year. A 20% tax rate equates to $50 million annually in the pockets of New Jersey’s government.

On the bill that will soon be up for debate in New Jersey, Lesniak commented to the press, “If S 490 is signed into law, New Jersey will be the first state in the nation to have intrastate and international internet gaming. The revenues generated and jobs created are now going offshore to international gaming operators.” New Jersey already allows internet bets on horse racing.

Keep it tuned to Poker News Daily for the latest.